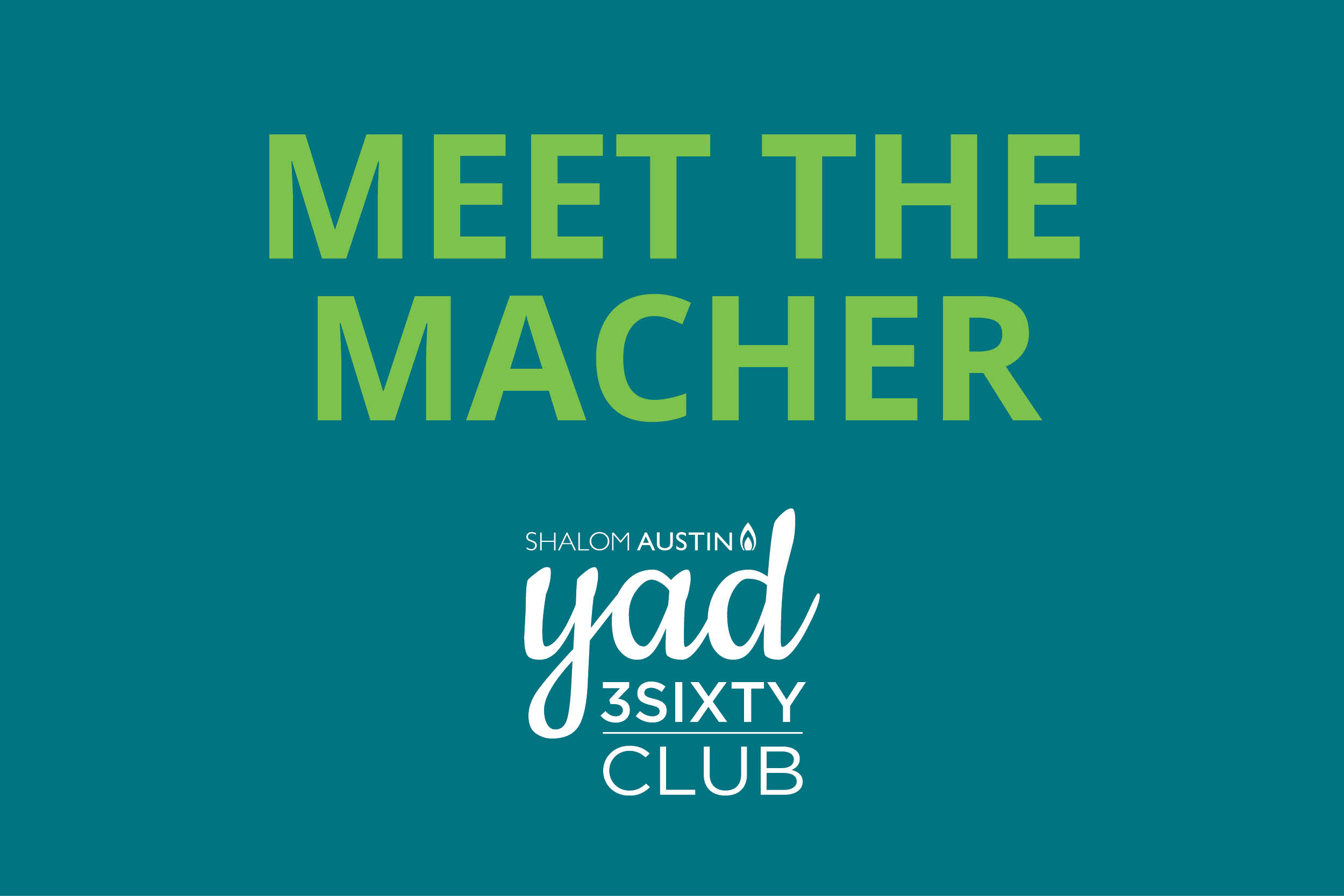 We hope to see you on March 29 for Meet the Macher with Brett Hurt, CEO & Co-Founder of data.world. Brett and his family are pillars of the community with years of volunteer and philanthropic leadership. In this talk, he’ll discuss how & why his family gives, the importance of philanthropy, his professional background, and more!

To join the YAD 3Sixty Club (and receive special perks like access to Meet the Macher), please make a pledge of $30/month or a one-time gift of $360.

Brett is the CEO and co-founder of data.world, a Public Benefit Corporation (and Certified B Corporation®) that is the platform for modern data teamwork and the world’s largest collaborative data community. data.world’s modern catalog for data and analysis wakes up the hidden data workforce within every company, unifies silos, and creates data-driven cultures faster. In 2017, 2018, and 2019, data.world was honored on the “Best for the World” list by B Lab, placing the company in the top 10% of all B Corps globally. data.world has also been named to the Best Places to Work in Austin list in the ABJ every year since its inception. Brett is also the co-owner of Hurt Family Investments (HFI), alongside his wife, Debra. HFI are involved in 122 startups, 40 VC funds, and multiple philanthropic endeavors.

Brett co-founded and led Bazaarvoice as CEO, through its IPO, follow-on offering, and two acquisitions. Bazaarvoice became the largest public SaaS (Software as a Service) business in social commerce. Brett also founded and led Coremetrics, which was rated the #1 Web analytics solution by Forrester Research and, like Bazaarvoice, expanded into a global company and leader. Coremetrics was acquired by IBM in 2010 for around $300m.

In 2017, Brett was given the Best CEO Legacy Award by the Austin Business Journal. Brett Hurt began programming at age seven and doing so on the Internet at age eighteen. He and his family are proud members of Congregation Agudas Achim and were given the LBJ Humanitarian Award in 2014. Brett and Debra are donors to the JCC Generations Campaign and are proud that the Hurt Family Tennis Center recently opened at Shalom Austin. They also proudly support AIPAC, ADL, IsraAID, and other Jewish American causes.