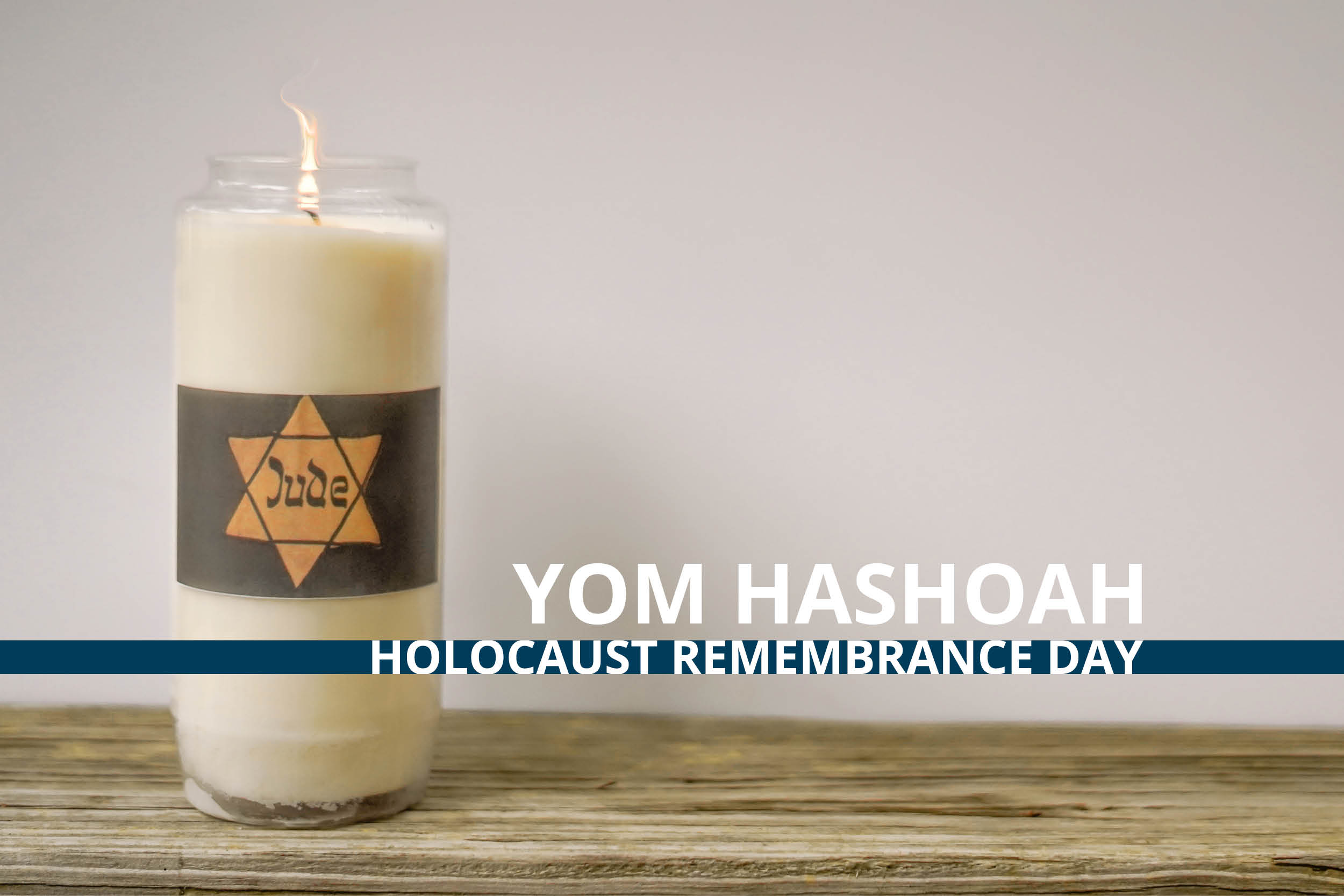 On Yom HaShoah (Holocaust Remembrance Day), Jews commemorate the victims of the Holocaust and commit to creating a better world. We invite you to join us for our educational electives and Community Holocaust Remembrance Event to delve deeper into the meaning of the day and remember together as a community.

Below are the Educational Elective options. You will choose one to attend upon registration.

Teaching the Holocaust at Home – As Part of Our Shared Human Story
Jillian Bontke | Anti-Defamation League (ADL)
Echoes & Reﬂections Holocaust education resources are created in partnership with ADL, USC Shoah Foundation, and Yad Vashem. These resources are entirely online and free to use in your home. Come access a library of comprehensive Holocaust content that will help you use memoirs, visual testimonies, photos, poetry, music, and art to emphasize to your children that each of the people killed was an individual – a mother, a father, a sibling, a grandparent, a child, a proud citizen. The Holocaust was not the story of six million Jews who were murdered, but the story of six million murders of individual human beings. When adults learn how to safely introduce these stories into their home we inspire empathy and understanding in the next generation, ensuring they have the skills to stand up to this kind of escalation of hate.

Playing for Time, Playing with Fire
Dr. J.E. Wolfson | Texas Holocaust and Genocide Commission (THGC)
This session presents a fascinating and timely case study in the current climate of “cancel culture.” The Emmy-winning 1980 CBS telefilm, Playing for Time, stands as one of the most critically lauded films about the Shoah, and its source text, The Musicians of Auschwitz, is one of the most widely taught Holocaust memoirs in classrooms across the country. However, there are calls to remove the film and book from the canon and class syllabi. Controversies include: the casting of anti-Israel activist Vanessa Redgrave in the lead role as a Jewish member of the women’s orchestra of Auschwitz; the subsequent boycott of the film by some Jewish organizations, along with accusations that Redgrave was the victim of a “Jewish” blacklist; screenwriter Arthur Miller’s alterations to the narrative; and the less widely known (though persuasive) charges that the memoirist falsified large portions of her account. Class participants can follow along without having seen the film or read the memoir.

COVID Conversations: The Next Steps