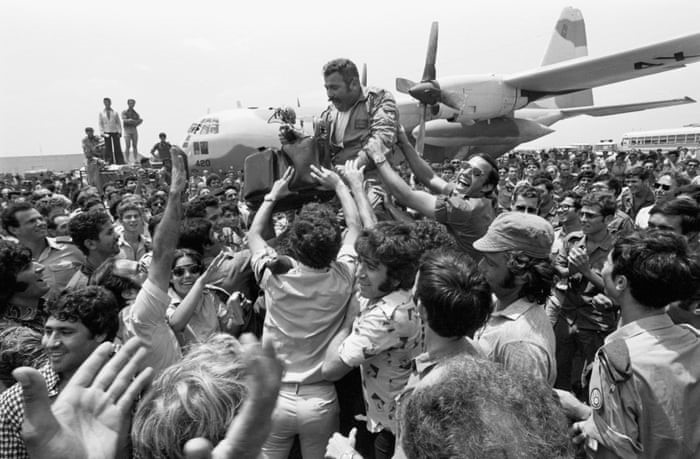 Operation Entebbe is one of Israel’s most daring and surreal moments. It showcased the unparalleled determination of the Israel Defense Forces (IDF) as their commandos rescued 106 men, women, and children from the hands of terrorist hijackers at Entebbe Airport in Uganda while the whole world had been watching and preparing for the worst.

Air France Flight 139 departed Tel Aviv for Paris on June 27, 1976, with 248 passengers on board. Palestinian and German hijackers boarded the plane during a layover and took over the aircraft mid-flight, rerouting the plane to the Entebbe airport in Uganda. The non-Jewish and non-Israeli passengers were released upon landing, while the remaining 106 passengers and crew members, who elected to stay with the hostages, were held captive.

During Operation Entebbe, also known as Operation Thunderbolt, the IDF prepared a rescue mission from Israel and headed into Uganda on July 4, one week after the plane was first hijacked. In the middle of the night, 100 Israeli soldiers flew into the foreign country and stormed the airport, taking control and rescuing the hostages in just 90 minutes. In a show of brilliant subterfuge, the Israeli commandos drove a look-a-like black Mercedes limo, similar to the one used by Ugandan President Idi Amin, to enter the airport.

Though Operation Thunderbolt has been known as one of the most successful military rescue operations in modern memory, three hostages were unfortunately killed during the operation, and  a fourth was later murdered at a nearby hospital. During the rescue operation, Lt. Col. Yonatan Netanyahu, former Israeli Prime Minister Benjamin Netanyahu’s older brother, was the only Israeli casualty.

Ester Smith, who grew up in Israel and now lives in Austin, has never forgotten this life-changing incident.

Her parents, Yehuda and Regina (Rivka) Gottlieb, were hostages on the infamous flight while they were on their way to Boston to see Ester and her daughter for the child’s second birthday. While friends were celebrating Independence Day in the United States, Ester feared she may never see her parents again.

Yehuda was just one of two people on the plane who penned his thoughts in a journal during the week-long ordeal, a diary Ester still has in her possession today.

While Ester awaited news of her family’s situation in the United States, a soldier on the brink of finishing his service in the IDF was called in to train for a mission that would change the lives of so many.

His hair – no longer cut short in the regular military style – had grown out in anticipation of civilian life. He was planning a reunion with friends from his hometown when he was called into base and joined a unit to train for Operation Thunderbolt. That soldier was Gadi Ilan.

Ester, a longtime Jewish National Fund-USA (JNF-USA) donor, has shared details of her late parents’ experience as hostages over the years, and her connection to the rescue from Entebbe was well known by JNF-USA. Upon realizing that she had never met Ilan, Jewish National Fund-USA representatives – who had an independent connection with Gadi – offered to arrange a meeting earlier this year, and the pair formed an instant connection.

“I didn’t know her for 45 years,” Ilan said. “To meet her was a bit emotional, diving back into those days and to hear from her.”

For Smith, this connection was something just unheard of.

“JNF-USA Southwest Executive Director Reagan Weil called me and said he wanted to introduce somebody to me,” she said. “During that first meeting at my house, we were going to meet for 45 minutes, but it turned into a two-hour meeting.

“It turned out he lived two streets away from where we lived [in Israel]. He’s a bit younger than I am, so we never crossed paths. He was the first person I’ve met who was a direct participant who rescued the hostages.”

Chayla Furlong, JNF-USA Director, Central Texas, said she got chills as she witnessed these two meet for the first time. “The coincidences and connections between Ester and Gadi were shocking, and we knew we were on to something very special,” she said. “I had heard the story of Entebbe before, but not like this. This is a story we knew we wanted to share.”

Ester and Gadi will come together to share their incredible, intertwined stories at an upcoming JNF-USA event in Austin on Aug. 5 to commemorate the 45th anniversary of the rescue from Entebbe and recognize the heroic efforts of the passengers and soldiers. This unique story will shed light on this moment in history through these insider perspectives and a blend of storytelling and live personal interviews.

The forum will be moderated by JNF-USA Southwest Board Member, documentarian, and filmmaker Mike O’Krent.

“We are all connected as human beings in ways we cannot imagine,” O’Krent said. “Those connections are best discovered through our shared stories. Thanks to JNF-USA, when both of their stories were uncovered, a 45-year-old connection was finally made.

“This event should encourage us all to reach out and ask questions to get to know the stories of our neighbors. Who knows? Their answers might uncover the need to deliver a heartfelt “thank you” that is long overdue (maybe 45 years overdue).” 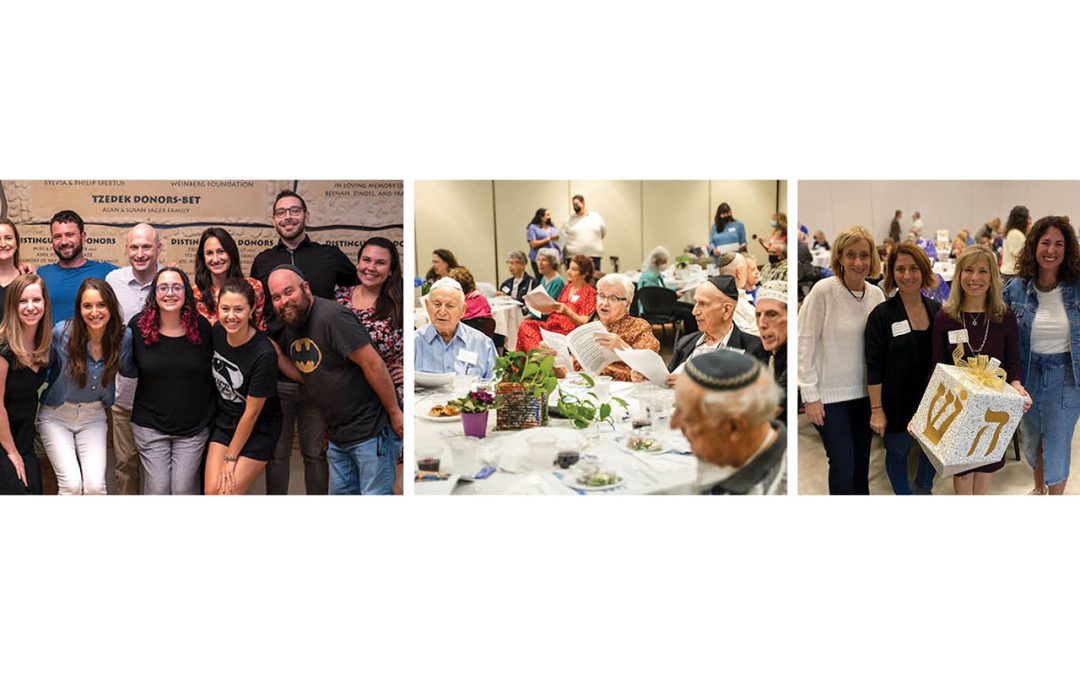 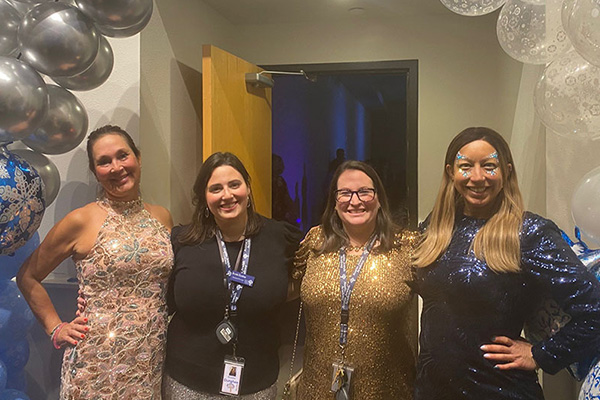 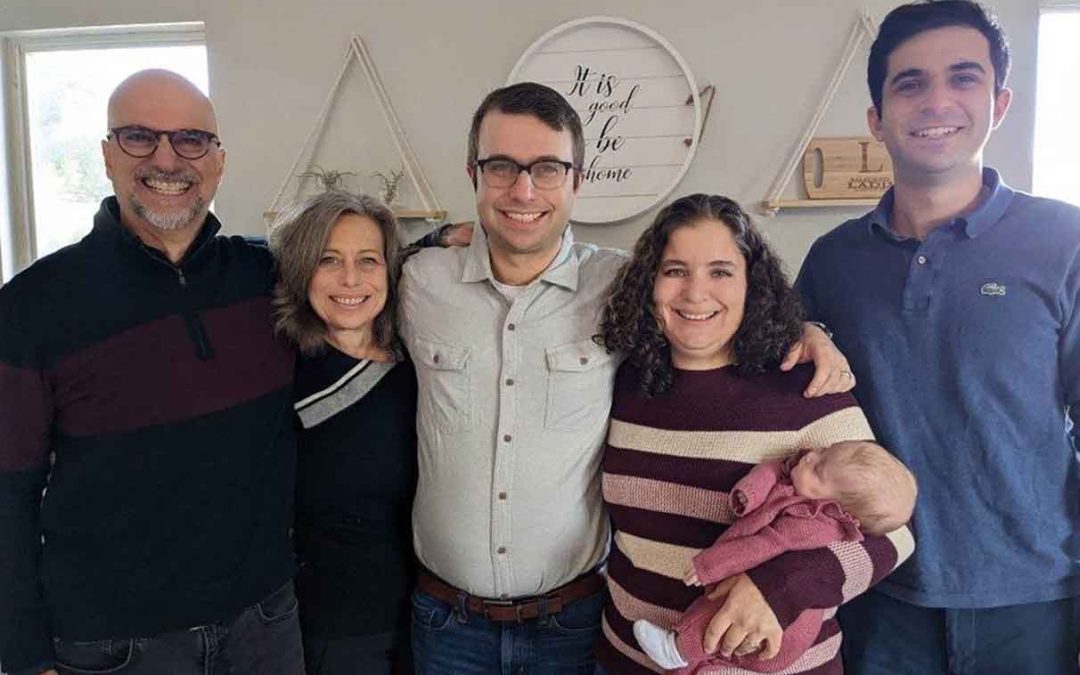 The Ladd Family. Courtesy of Eileen Ladd. Dallas native, Eileen Ladd and her husband Brent have been in Austin since 1989.  They became involved with what is now Shalom Austin when their children were students in the ECP preschool previously located on Jollyville...