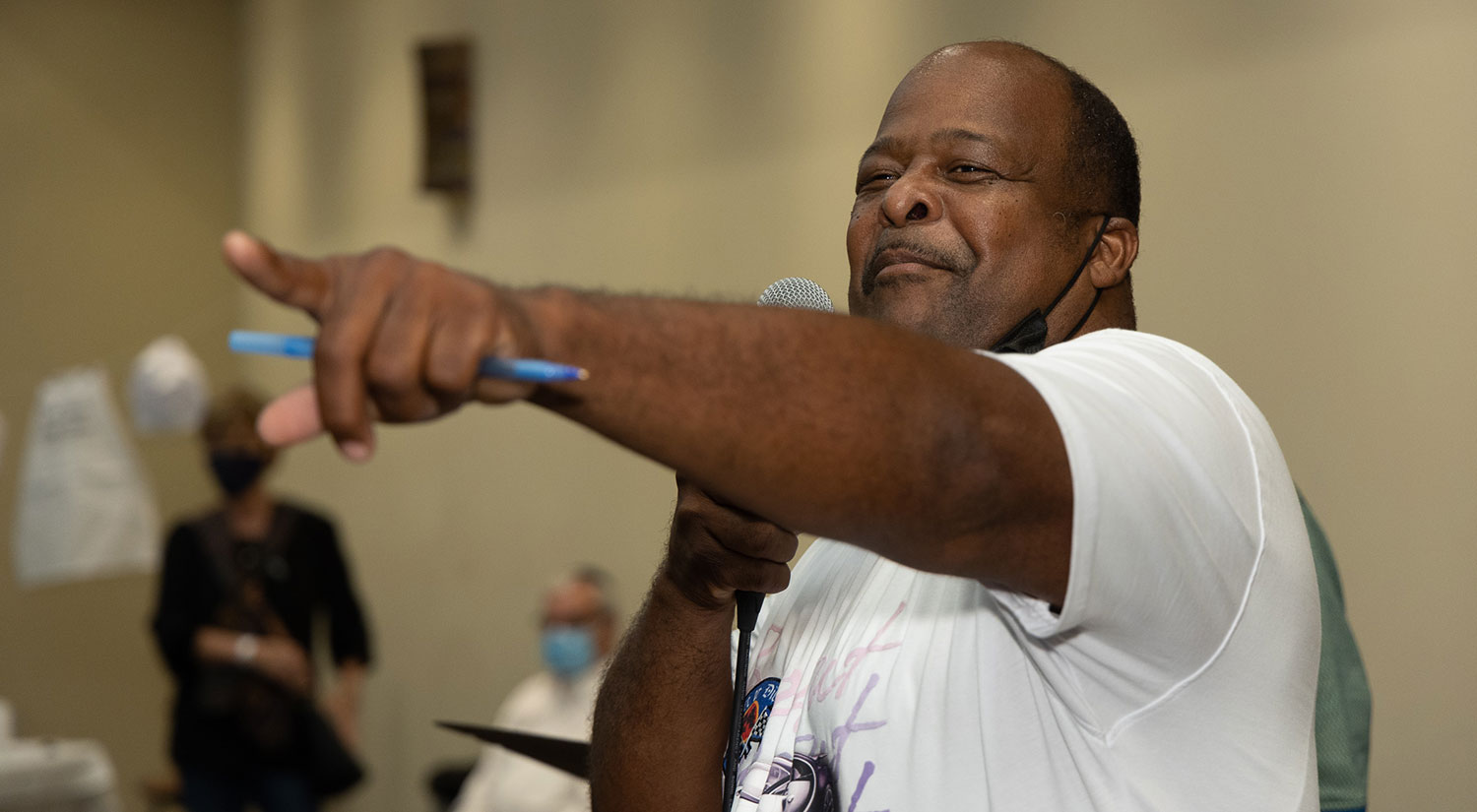 Beloved Chef John looks out at the community who came out to wish him well and send him off with love. Photo Credit: David Finkel Photography

Congregation Agudas Achim had a wonderful time honoring the beloved Chef John Sutton at his retirement celebration event. Members described the event as a wonderful way to honor John, show him love and be together as a community.

The celebration occurred Sunday, December 5, 2021. The event began with a family hour which included a magician, sufganiyot building station and a football toss. The events were planned as a wonderful way for families with young children to celebrate with Chef John and wish him well. 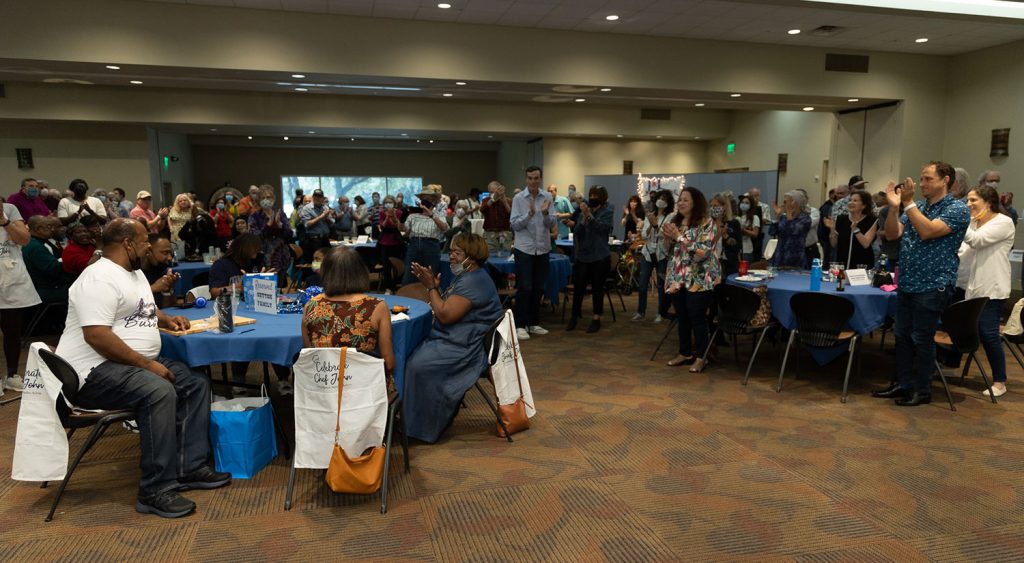 Chef John receives uproarious applause from the community at the culmination of his celebration weekend. Photos Credit: David Finkel Photography

Following the family hour, there were many of Chef John’s favorite things that guests were able to enjoy such as casino games, Dallas Cowboys and delicious barbeque.

After folks were able to nosh on some lunch and kibbutz with Chef John and other community members the program began. A tribute video featuring John’s family, current and past coworkers, and friends was played. There was even a special video tribute from Chef John’s favorite football player, Terrell Owens! 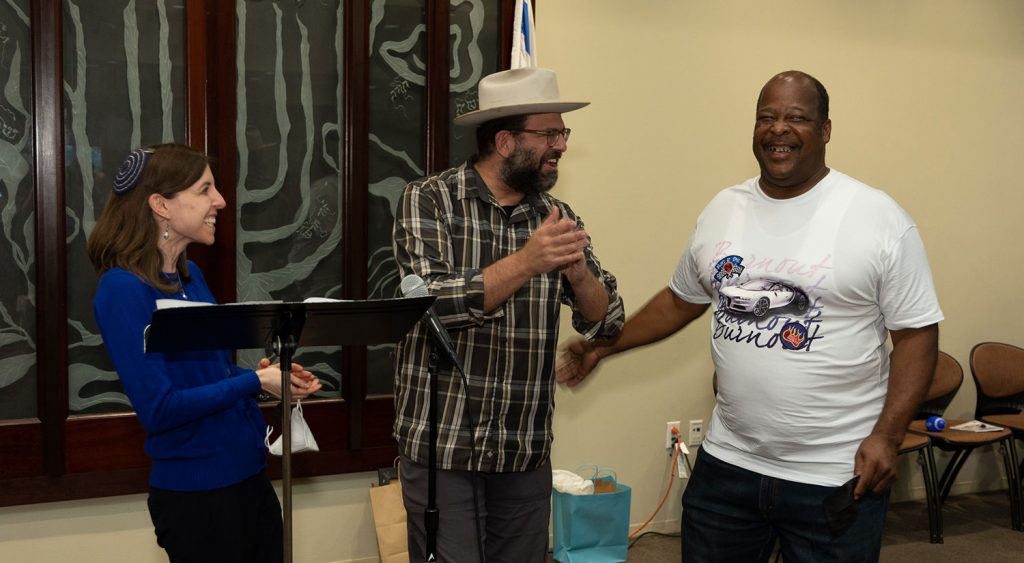 Chef John Sutton has been an integral part of the Jewish community in Austin for over three decades. Congregation Agudas Achim will be forever grateful to him for his years of dedicated service and was thrilled to honor him with such a fun celebration. 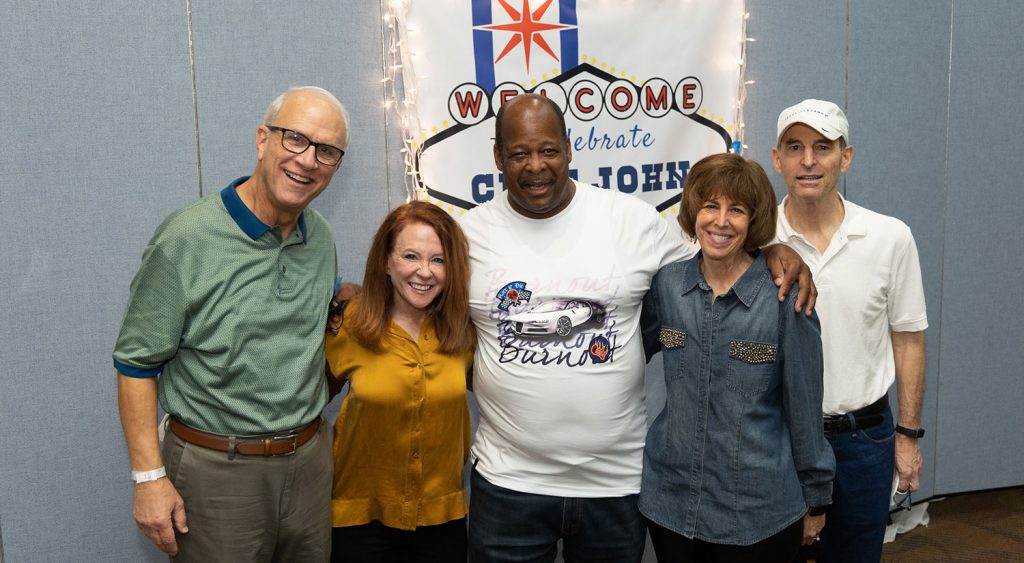 CAA thanks the following sponsors for their support of this event.