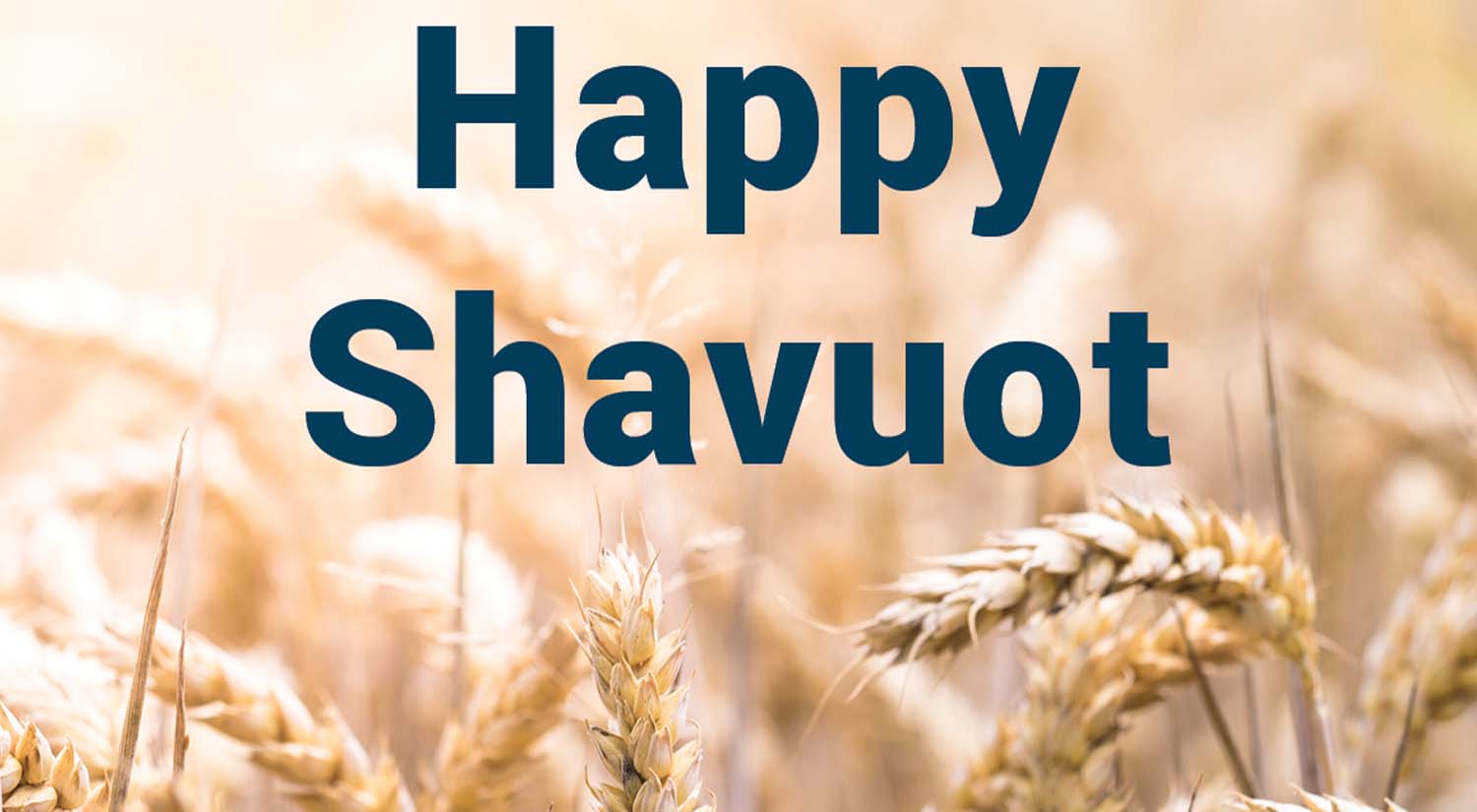 Shavuot Is the Little, Big Holiday Celebrating the Spring Harvest and Giving of Torah

This year, Shavuot begins the evening of Saturday June 4, 2022 and will go through Monday, June 6, 2022. Though not as well-known as other Jewish holidays such as Passover and Hanukkah, Shavuot is a major Jewish holiday. Here is a look at the origins of Shavuot, how it is observed and where to celebrate locally in Austin, Texas.

Shavuot was originally an annual celebration occurring at the conclusion of the barley harvest which began at Passover. It is also known as Chag HaKatzir (the Festival of Harvesting/Reaping) and Chag HaBikurim (the Festival of the First Fruits). On this day, people would bring offerings of two loaves of bread and their choice of some of the first fruits, such as barley, wheat, figs, dates, grapes, pomegranates and olives to the Holy Temple. However, when the Holy Temple was destroyed, there was nowhere to bring the offerings. Combined with the migration from agricultural areas to towns and villages, the holiday became increasingly unobserved. Then, it was calculated by the sages that Shavuot also occurred at the time of the giving of the Torah at Sinai, altering some of the significance of the holiday.

Nowadays, Shavuot is much more than a harvest festival; it commemorates the giving of the Torah at Sinai and became known as Z’man Matan Toratanu. For this reason, among other traditions, it is customary to have all-night Torah study on Shavuot.

Shavuot is a time when we reconfirm our commitment to living a life of Torah, one infused with Jewish meaning and sacred obligation. – Shalom Austin CEO Rabbi Daniel A. Septimus

How Shavuot Is Observed

During synagogue services on Shavuot, among other worship readings, the Ten Commandments are also read. Additionally, the Book of Ruth is read on this day because not only is it a story that takes place during the spring harvest time, but it is also the story of a woman who voluntarily chose to become Jewish. And so, Shavuot is a time where in some synagogues, children between the ages of 13-16 confirm their commitment to living a Jewish life.

On Shavuot, synagogues and homes are decorated with sweet-smelling flowers and green plants. Fresh fruits and dairy foods, such as cheesecake and blintzes are customarily eaten on this day. Why dairy? It has been suggested that the Children of Israel receiving the Torah at Sinai were compared to babies exposed to something new for the very first time such as milk. Another explanation is that eating dairy desserts signifies the sweetness of a Jewish life.

A Dairy Recipe for Shavuot 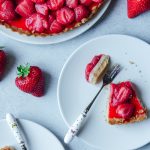 This recipe originally appeared on JTA.org.

Directions:
Mix together the graham cracker crumbs, sugar and melted butter. Press in to the bottom of a 10″ springform pan and set aside.
Stir together the sugar and lime zest and set aside.
Beat together the cream cheese and yogurt until smooth. Add in the eggs, one at a time, and beat to combine. Add in the lime juice and mix well. Add the sugar and zest mixture and beat until smooth.
Puree the strawberries and sugar together until smooth. (If desired, strain to remove seeds.)
Pour half the lime mixture in to the prepared crust. Dollop half the strawberry mixture on top, and swirl with a knife. Repeat with the remaining lime and strawberry mixtures.
Bake on 350 F for 60 to 70 minutes, until the center is still slightly jiggly.

This year, Shavuot celebrations will take place from Austin to New York and beyond. However and wherever you choose to celebrate, may it be meaningful for you!

Chabad of Austin invites the public for a free Shavuot event on Sunday, June 5 at 12:00 p.m. The event highlights include:

For more information or to register, visit: https://www.chabadaustin.com/civicrm/event/register?id=56

Join Congregation Agudas Achim, Congregation Beth Israel, Temple Beth Shalom, and Congregation Shir Ami for an engaging evening of learning. The gathering will begin at 8:30 p.m. on Saturday, June 4 and learning will continue through the night. Click here for more information, including streaming festival services.