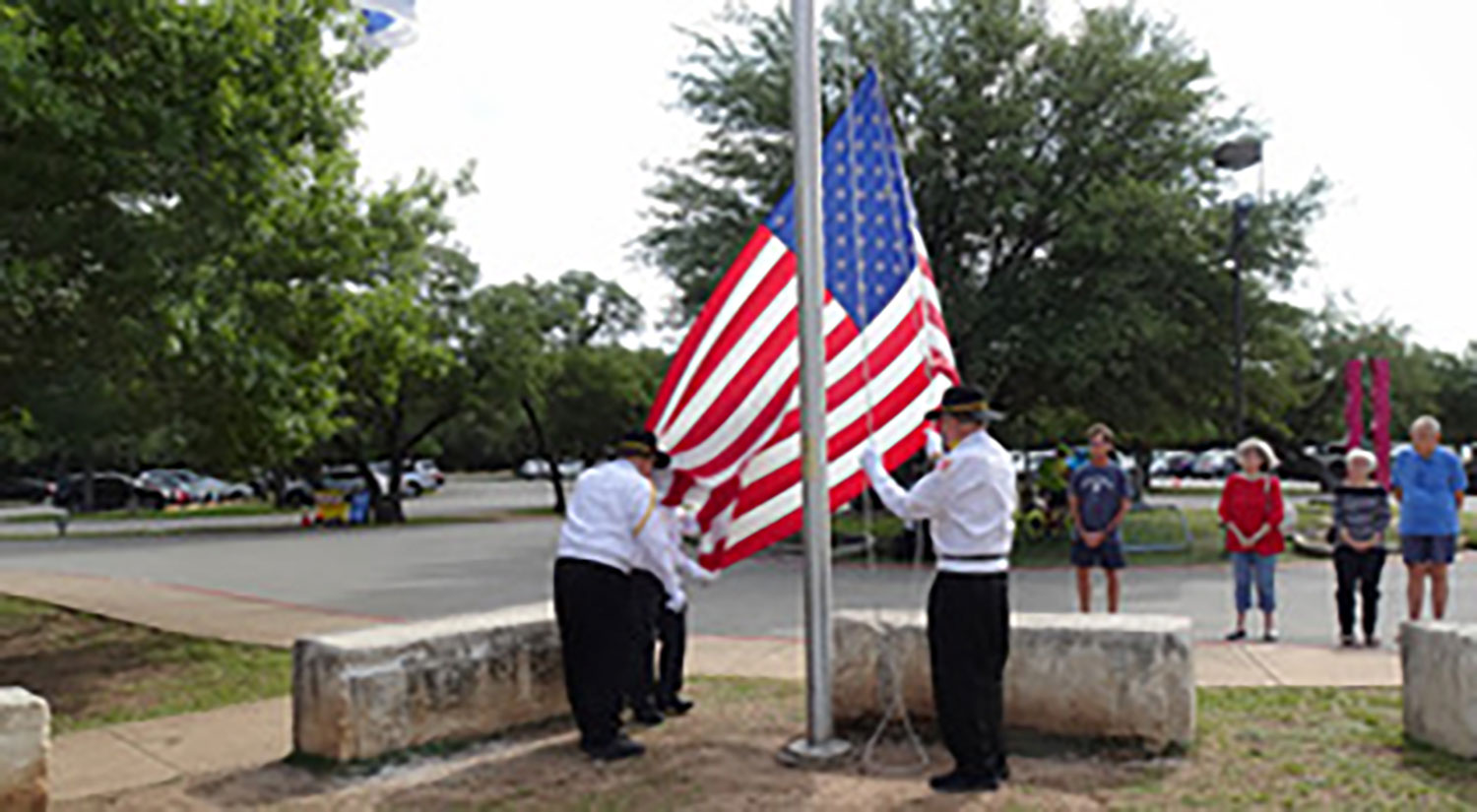 Post 757 of the Jewish War Veterans of the United States gave special meaning on Monday, May 30th Memorial Day at the flagpoles in front of Shalom Austin JCC. Shalom Austin CEO Rabbi Daniel A. Septimus led the service by reminding the dozens of participants of the many sacri­fices made by the men and women who chose to wear their nation’s uniform.

The Post Commander, Charlie Rosen­blum talked about the many Jewish men and women who have served their country in many ways since its founding. Memorial Day is special because it reminds people to remember those who serve the nation in all these special ways. Rosenblum said that the nation could never repay the debt that it owed to the service men and women who gave their lives for their country and the gold star families who sacrificed their loved ones.

Commander Rosenblum pointed out that since 9-11, 58 Jewish men and women have paid the ultimate full measure of devotion and one among them bears special recognition. Sergeant First Class Christopher Celiz is the only Jewish Medal of Honor recipient in the Global War on Terrorism. Celiz lost his life when he put his body between a rescue helicopter and his men so he could fight the enemy. In December 2021, President Joseph Biden awarded the posthumous Medal of Honor to Celiz’s widow.

The ceremony involved raising the American flag to the highest point and then lowering it to its half-mast resting place while rending the appropriate salute and national anthem. The playing of TAPS followed the solemn ceremony. It was a memorable and thoughtful day for all. 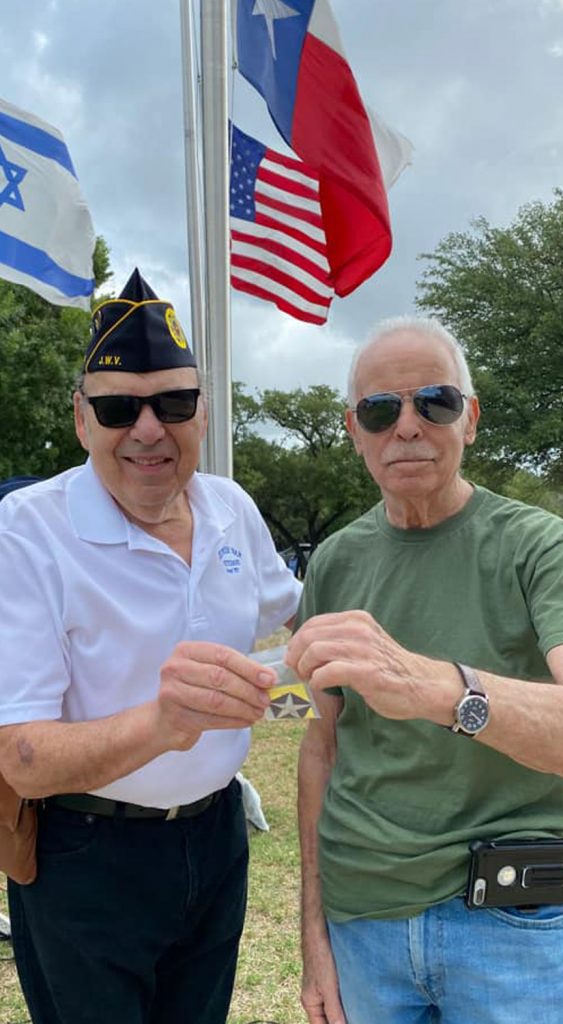