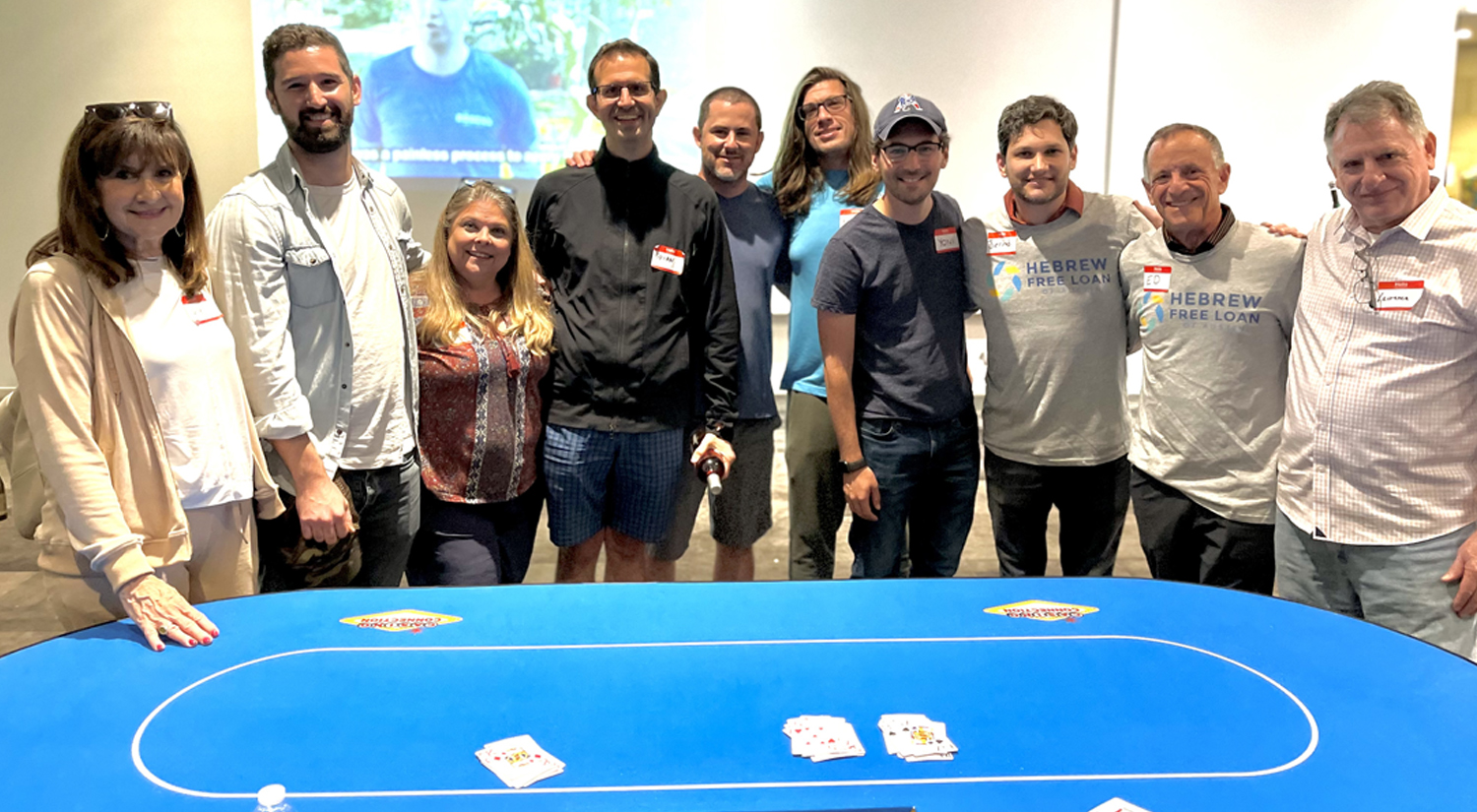 On April 24, 2022, the 4th annual Joe Krassner Memorial Poker Tournament took place at Temple Beth Shalom in Austin, attracting a full house of professional and amateur players. The afternoon began with a networking hour and was continued with poker games and post-Pesach pizza from Home Slice.

The fundraiser benefited Hebrew Free Loan Austin and raised $30,000, making it HFLA’s biggest annual fundraiser to date. Due to the challenges of the COVID-19 pandemic, the tournament was not held in 2021. The community was excited for its return this year.

The seed for the Joe Krassner Memorial Poker Tournament was planted at his shiva. Joe Krassner was installed on the JCAA (now Shalom Austin) Board in 2006 and died suddenly seven months later. At the time, Joe’s wife, Aileen Krassner was a co-chair of the Women’s Division (now Women’s Philanthropy) Lion’s Event. Joe was curious why there was no Men’s Division in the community, and it then became his mission to create a Men’s fundraising presence.

“At his shiva, some of his poker buddies sat down with Jay Rubin, the CEO of the Jewish Community Association of Austin at that time (now Shalom Austin). We proposed holding a memorial poker tournament, in Joe’s honor with the proceeds put into a special account for funding the startup of the Men’s Division. After the first tournament, Margo Smith, who was a JCC board member, invited a group of men of all age groups to her home for dinner and a cabinet was formed that night to start a Men’s Division. Due to her effort and persuasion, things began to gel and the result was ‘Momentum: Men’s Night Out’, where Jewish community members met for a dinner and drinks fundraiser to benefit the JCC. The last one raised over $650,000. Arthur Smith and I were the co-chairmen of that event,” said Mike Voticky, one of Joe’s friends and Jewish community leaders. “Mike took the gauntlet and ran with it to fulfill this commitment and created poker tournament and started the Men’s Division in Joe’s memory,” said Aileen.

“I didn’t want Joe’s memory to die, so I contacted Marvin Schrager, who I have known for many years and who was a strong supporter of Hebrew Free Loan. I proposed that HFLA take over the tournament and keep the funds raised and engage a new, younger donor base for their charitable purposes. Scott Miller and HFLA leaders headed up the tournament and did a fantastic job. Now the rest is history,” Voticky explained.

“I thought HFLA did a great job with the tournament this year. It was well organized, attended and received,” said Aileen. “I’m glad that this tournament is continuing and is doing good in a Jewish context.”