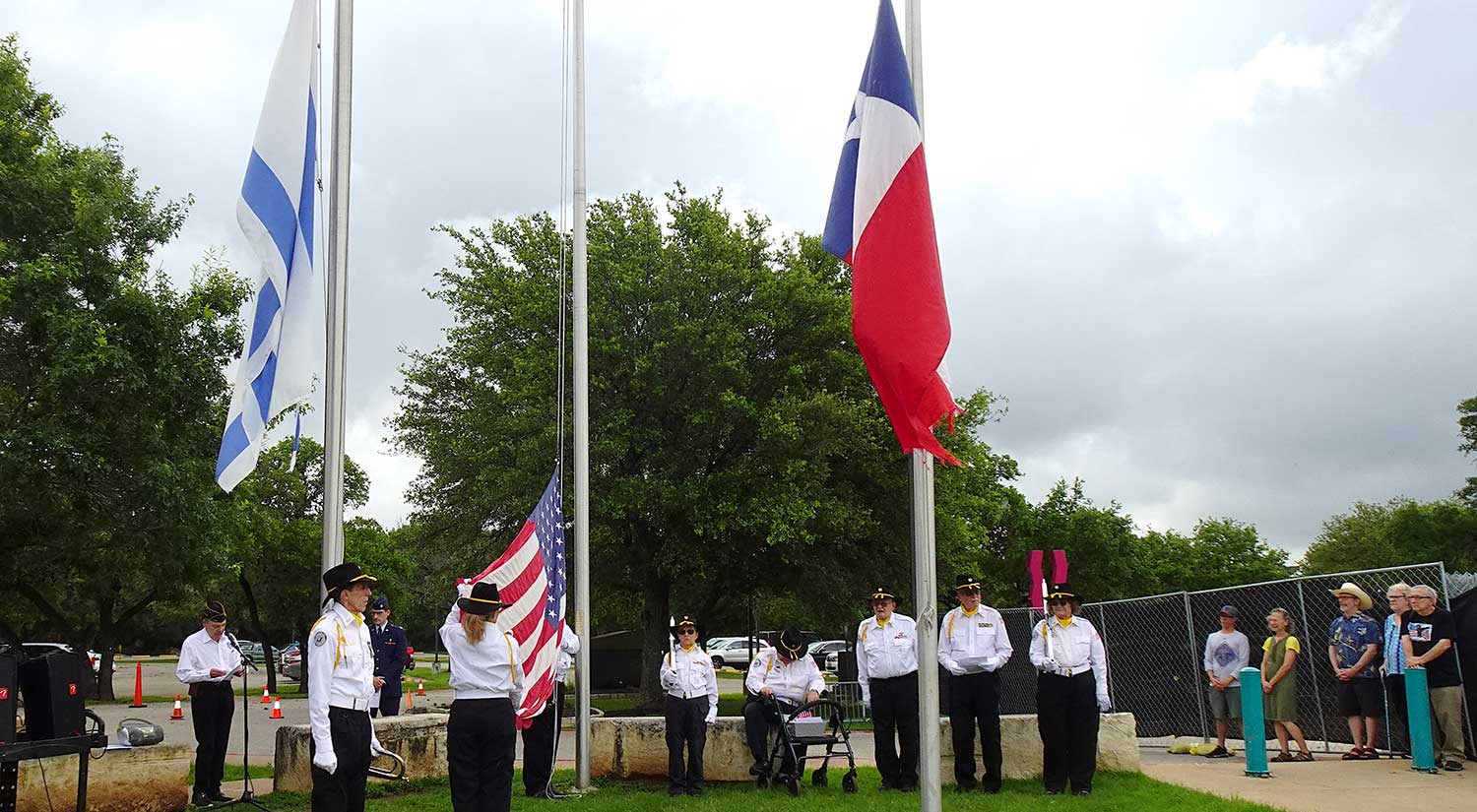 Memorial Day has always been special for Post 757 of the Jewish War Veterans. Based here in Austin, they meet, when possible, at the “J” for live presentations and ceremonies which was the case for May 30 at 10 a.m. sharp. True Memorial Day is on May 30 and goes back to the Civil War. It was known then as ‘Decoration Day’ where the graves of both Union and Confederate soldiers were honored.

These photos show the Honor Guard of Post 757 unfurling and displaying the nation’s ‘Colors’, prior to raising the flag to the topmost of the mast and then lowering it to the respectful ‘half-mast’ position. 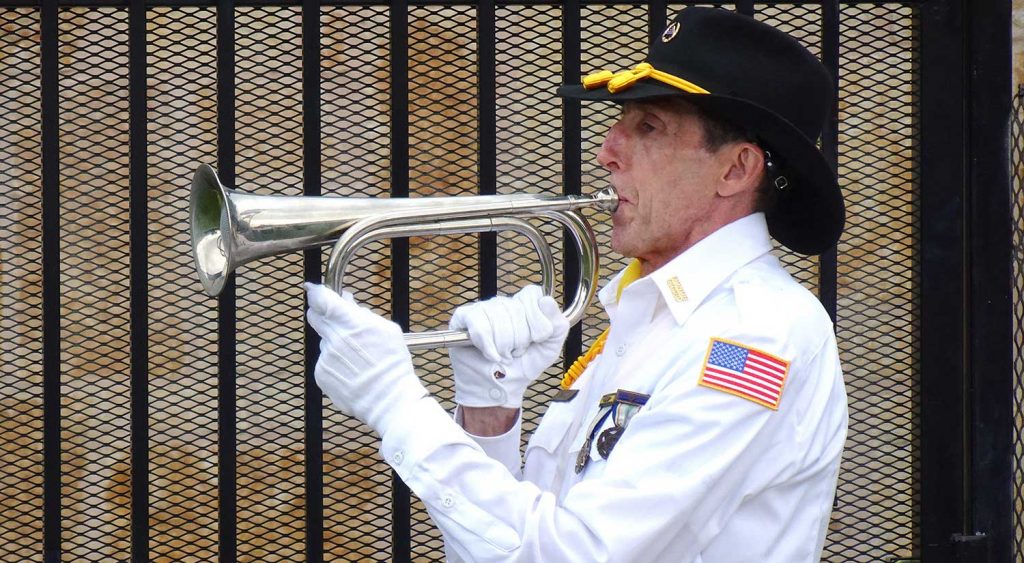 Also note that both the Texas and Israeli flags are also at the half-mast position. Spouses representing ‘Gold Star’ mothers read the names of 58 fallen Jewish men and women from Gulf operations. As the somber ceremony ends, ‘Taps’ can be heard throughout the area wishing the buried a quiet peace. ■