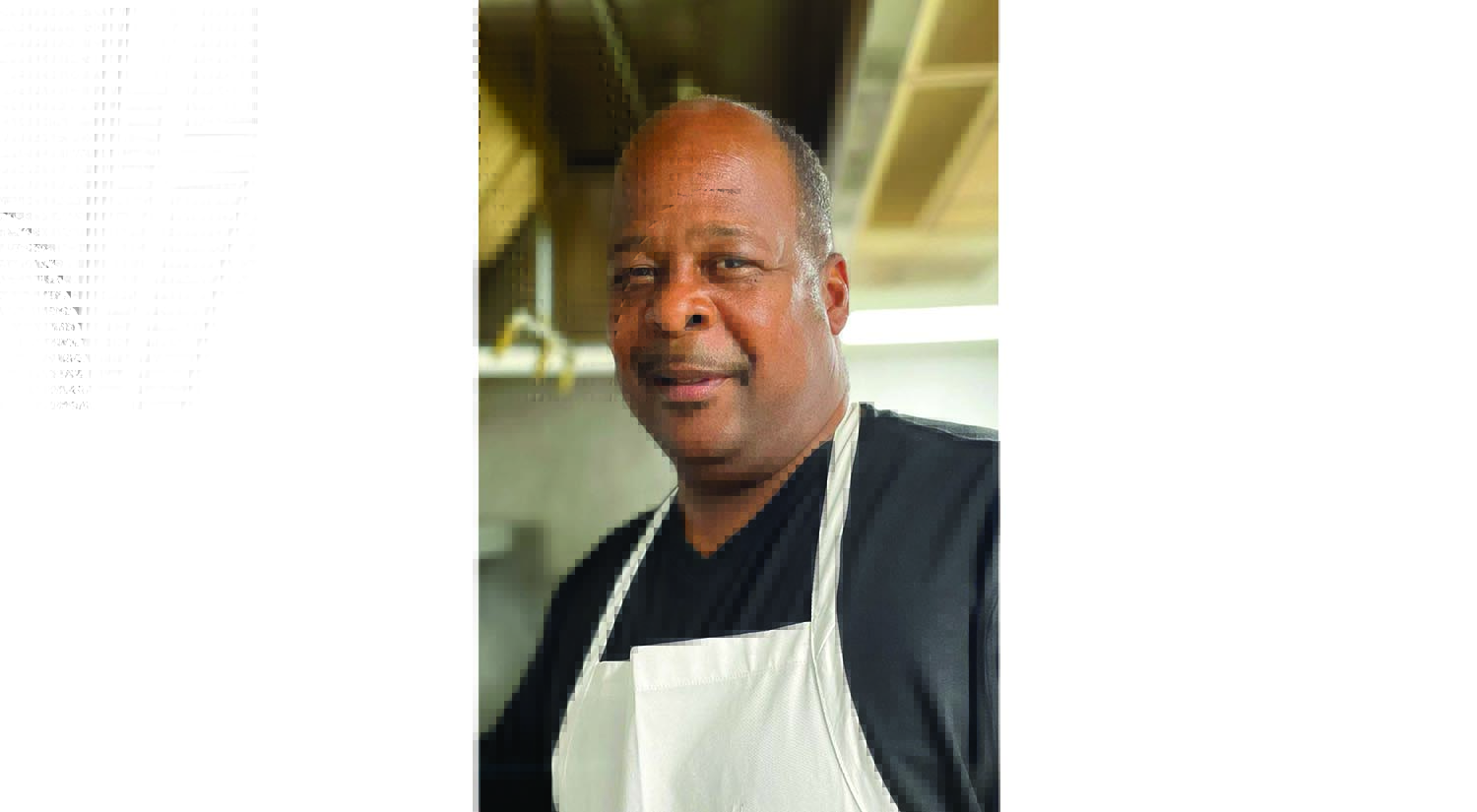 For almost 40 years, Congregation Agudas Achim (CAA) has experienced many changes – several rabbis, two synagogue buildings, numerous synagogue presidents and leadership teams, and even a new siddur. In fact, if a synagogue member left in 1981 and returned today, all that person would recognize is our one-of-a-kind, loyal and beloved John Sutton.

John began working at CAA when he decided he needed a weekend job to distract him from spending too much time and money on football games. He saw an ad in the paper looking for someone to “work weekends for good pay”. He first worked as a custodian and would do anything he was asked. Then he began helping the kitchen manager prepare food for kiddush and synagogue events. John’s philosophy has always been “if anybody asks me to do something, I’ll do it.” He is the consummate team player.

John learned about cooking from his grandfather, who had a restaurant called “The Greasy Spoon”. He learned that the secret to satisfying customers was to produce a consistent product. He has applied that philosophy to his CAA specialties – fried chicken and latkes. His secret to making these congregational favorites is to fry in “deep, deep grease”.

John learned how to run a kosher kitchen while working with “about 12 rabbis” and he has become CAA’s skilled chef, feeding community members for Kiddush luncheons and simchas. Since CAA’s move to the Dell Campus in 2001, he has managed the only fully operational kosher kitchen on the campus. He supervises and serves meals for 30-400 people, depending on the event. He has prepared lunches for children at the Austin Jewish Academy, luncheons for seniors at Shalom Austin and women’s philanthropy events, and catered JAMen dinners.

When asked what he liked most about working at CAA, John said he loves meeting people, talking with friends, and the smiles of people who come back to the kitchen to talk and laugh. Rather than the title of “kitchen manager”, he prefers “kitchen do it everything”.

What’s next for John? He said he would drive Uber, do some catering, and maybe do something in real estate. He’s looking for a good woman, but he said they always say he works too much. He will freelance special projects at CAA. He’d also like to spend more time with his four daughters and eight grandchildren. He likes to stay busy.

John was asked how he would like to be remembered. He said “as the crazy man with a smile who never met a stranger”.

John Sutton has been a constant in the ever-evolving CAA community for almost 40 years. Be part of Celebrate John on December 5, 2021 from 12-4 p.m. to thank him and wish him well in his retirement.

The fun begins at noon for families with latkes, donut holes, and other family friendly foods, a magician, a football throwing booth with John pictured as one of his beloved Dallas Cowboy receivers, and other games. The fun continues later in the day with activities, food & drinks, the chance to chat with John and more surprises.  Both portions of the event will feature tributes from our various communities to Chef John.

Tickets will be on sale soon at https://theaustinsynagogue.org/celebrate-john/. Tickets for the Family Hour portion of the event beginning at Noon are $18 for families with children. For the second portion, tickets are priced at $36 for individuals/$54 for couples.

Other opportunities to Celebrate John include a tribute cookbook containing John’s favorite recipes. We look forward to including pictures and memories submitted by the community in this cookbook. The cookbook will be on sale at the event for $18. Tributes can be made online for $18. More details to come.

If John has touched your life, we want you to be part of this event; other donation opportunities are available. For detailed information about levels of sponsorship go to https://theaustinsynagogue.org/celebrate-john/.

NOTE: All event activities are subject to change based on the community’s status for COVID 19.