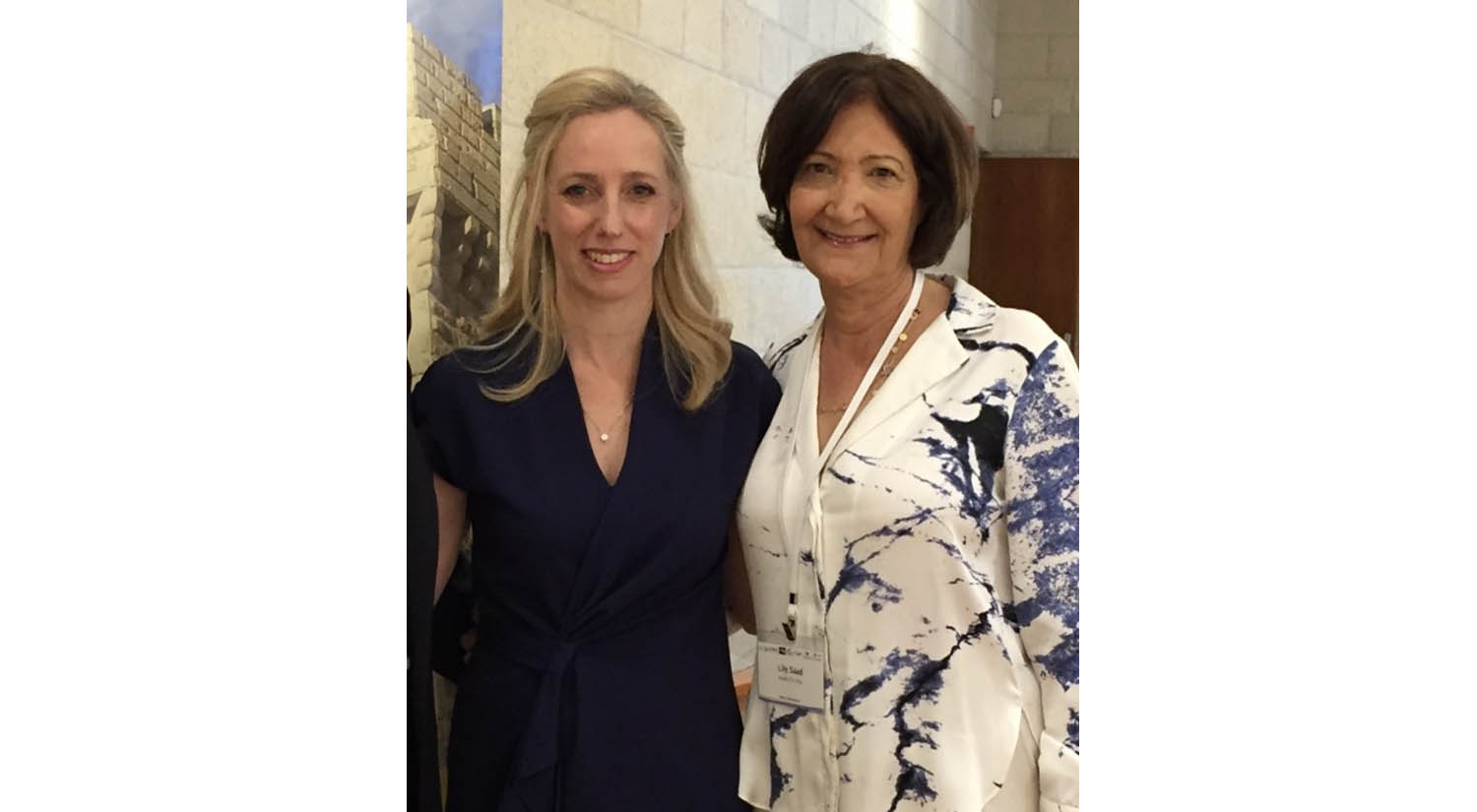 In February 2015, The Jewish Outlook published a feature story on the critical fundraising efforts of Austin Jewish community leaders Lily and Yigal Saad. They set out to raise $250,000 for much-needed funds supporting pancreatic cancer research led by renowned Dr. Talia Golan, head of the Pancreatic Cancer Center at Sheba Medical Center in Israel.

The fundraising initiative was driven by Lily Saad who lost her brother to the disease in April 2014. This experience deeply impacted Saad, and she created a lifelong connection with Sheba Medical Center and Golan who treated her brother.

“My brother’s main intention was to fnd a way to detect pancreatic cancer early and help others with the disease. This is my intention, too,” said Saad.

Saad’s fundraising goal was not only reached but exceeded over $500,000, which contributed to a breakthrough treatment for pancreatic cancer and bringing new hope to patients.

“I feel proud that I was part of it and raised money for the research,” said Saad.

According to a 2019 interview by Gali Weinreb of Israel’s Lady Globes magazine supplement, Golan developed a life-extending medicine for metastasized pancreatic cancer, and is now FDA approved.

The article reported that, “For the first time in 40 years, a breakthrough was revealed in the treatment of the disease. [Golan said,] ‘In our last research, we found that a small portion, but significant (6%), of pancreatic cancer patients have genetic properties that showed that their disease may respond to a biological medicine that is used to treat other types of cancer…This can extend the life of the patients with this type of genetic property…In this experiment it was found that the medicine extends the time with which the disease is in remission.’”

Golan and Saad have developed a friendship with a shared mission to bring more awareness to and support for the disease.

“Dr. Golan is dedicated to her work. My brother adored her and believed her. She treated him like an angel, while we all knew there was no cure for his situation. Dr. Golan does G-d’s work. I can say that about a lot of doctors at Sheba,” Saad said.

In addition to her continual fundraising efforts, Saad is involved in extending the reach of pancreatic cancer research and education. She worked with Golan to start a chapter of the Sheba Pancreatic Cancer Center in Israel saying, “We started with five people and Dr. Golan, and we had events around the world. I worked with Dr. Golan on educating people and spreading the word about pancreatic cancer. You don’t think about it until you have a family member who gets the disease.”

Saad also currently serves on the American Friends of Sheba Medical Center national and Southwest boards. The American Friends of Sheba is a non-profit organization that supports the work of Sheba. Its southwest regional chapter located in Houston was started in January 2020 by Saad, who recently hired the first Southwest Regional Director, Guy Cohen.

“Lily knew the importance of having an office in Houston, and she made it happen. My mission is to raise awareness and support for Sheba Medical Center and to broaden our connections and donations in the southwest,” said Cohen.

In November 2020, Lily and Yigal Saad were honored at the Sheba Medical International Virtual Gala for their involvement and influential work with the Sheba Pancreatic Cancer Center.

While Sheba Medical Center is paving the way for emerging technologies and research, there is still work to be done with Golan and pancreatic cancer.

“We need to help Dr. Golan do research, help people with pancreatic cancer and hopefully one day find a cure. This disease needs more awareness, more people involved, and more money raised. And this is my mission,” said Saad.

Pancreatic cancer is a devastating disease. Vague symptoms, like abdominal and back pain or weight loss, and the location of the pancreas deep within the abdomen make early detection of pancreatic cancer very difficult and rare. It is also a very aggressive disease. Pancreatic cancer is one of the deadliest cancers in the United States, with a 5-year relative survival rate of 6%. 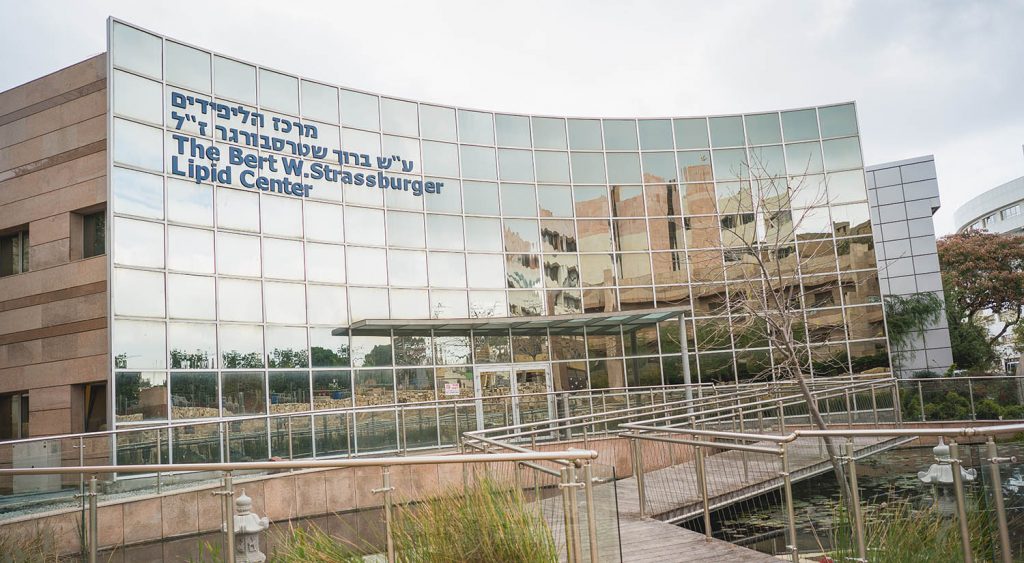 Sheba Medical Center on the Cutting Edge of Innovative Technology

Established in 1948 as Israel’s national medical center, Sheba Medical Center is the largest healthcare facility in the Middle East, located on a 200-acre campus near Tel Aviv, Israel. Sheba is at the forefront of technological innovation greatly impacting medical advancements in Israel and around the world, including revolutionary cancer research, new COVID treatments and much more.

For three years in a row (2019-2021), Newsweek magazine ranked Sheba as one of the top ten hospitals in the world and as a top World Smart Hospital in 2021.

Cohen, explained, “Whether an earthquake, flooding, COVID, or other disaster—if Sheba is able to send doctors and resources, they will. It’s tikkun olam, repairing the world, and this is part of Sheba’s state of mind.”

Sheba is known as “the hospital without borders.”

“They treat everyone the same, like brothers and sisters. Sheba works closely with people from all over the world and especially neighboring countries that don’t have the medical certifications and resources that Sheba has. It’s wonderful to see the kind of center Sheba has become and the help they provide people in the region,” said Saad.

One of Sheba’s leading programs is the ARC (Accelerate, Redesign and Collaborate) Center for Digital Innovation. The center was initiated by Sheba to support healthcare start-ups in their efforts to improve patient care through innovation. ARC Center provides participating startups with free access to data and medical teams at Sheba, with additional opportunities for start-ups to test their technologies in the hospital.

In addition to incubating startups, the ARC Center is serving as a hub for COVID-19 research allowing Israel to become a leader in combating the virus.

“I can’t say enough about what Sheba is doing for humanity. They are excelling in so many different diseases, research, cancers, COVID and much more,” said Saad.

Sheba by the Numbers 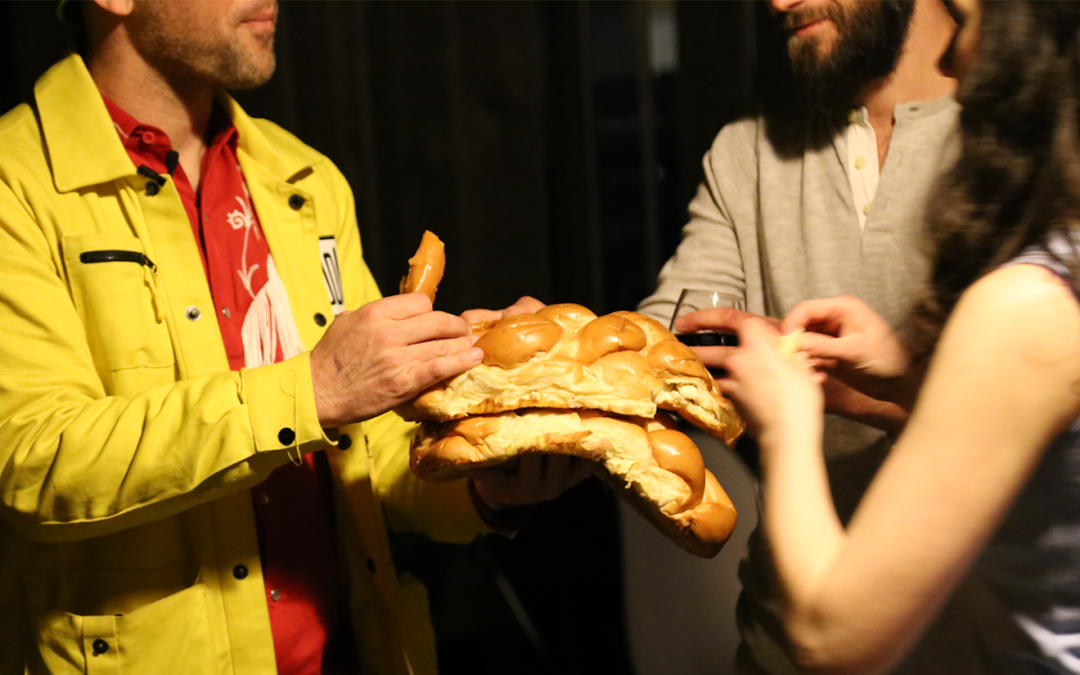 People enjoy challah bread during a SXSW Shabbat at Moishe House. Photo credit: Wendy Goodman   By Allison Teegardin Rabbi Mordechai Lightstone, founder of New York based Tech Tribe, an affiliate of Chabad Young Professionals which brings together a community of... 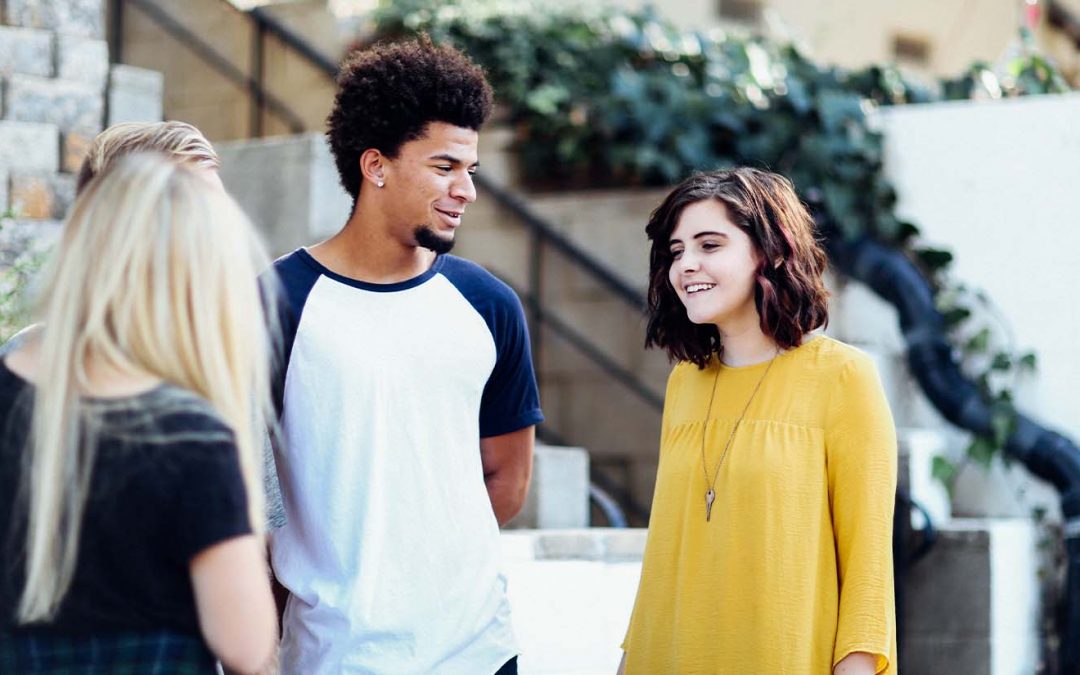 Teens Need Support, Mask On or Mask Off

Young people in conversation. Photo credit: Alexis Brown  By Emily Siegler, LPC-A, JFS/Hillel Therapist and Hannah Rakestraw, MSSW Candidate, Clinical Intern, Jewish Family Service    It is in the news, on billboards along the I-35 and in the therapy room; there is a... 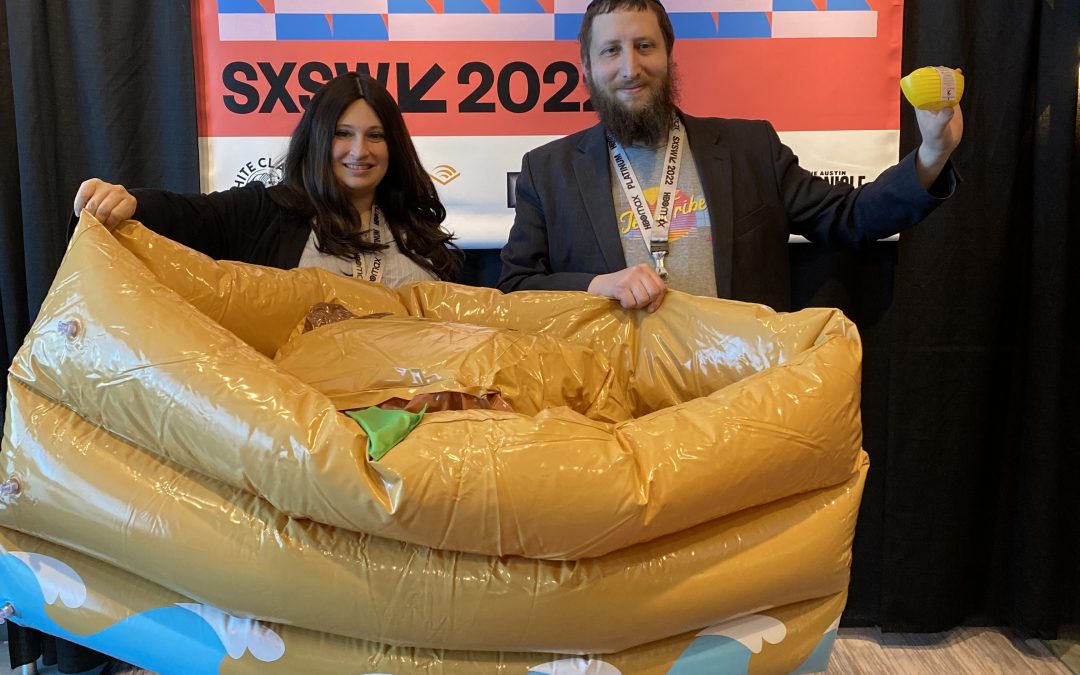 Rabbi Mordechai Lightstone and Chana Lightstone of Tech Tribe at SXSW  By Allison Teegardin  On Sunday, March 13, 2022, at the Austin Marriott Downtown, approximately 20 people joined in a small conference room for a SXSW Meetup titled, Acts of Routine Kindness....