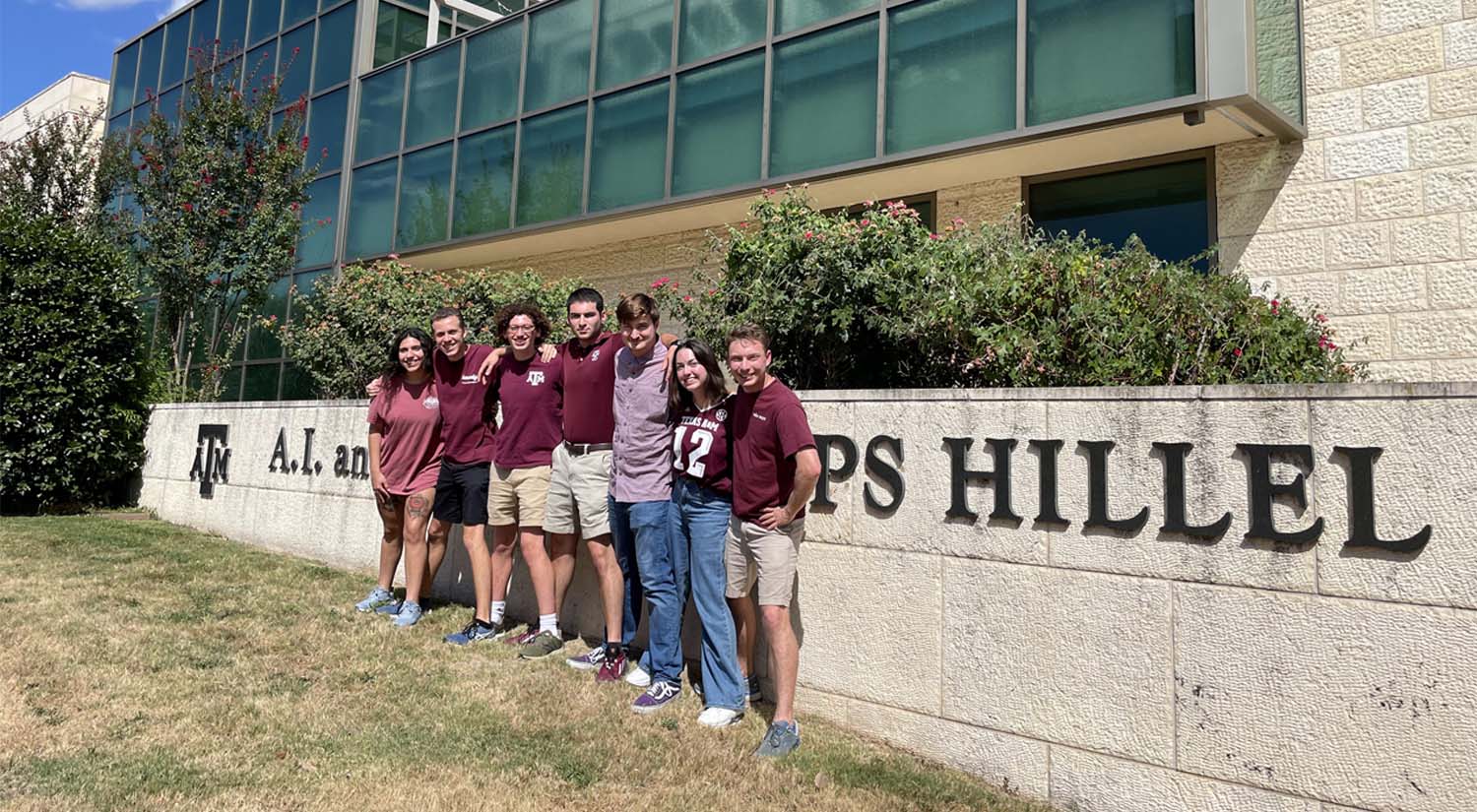 By: Arlene and Lawrence Maze

The Hillel at Texas A&M is preparing for Aggieland which will take place the weekend of October 21-23, 2022, and will celebrate the first decade of the A. I. and Manet Schepps Hillel building and the decades of Hillel tradition at Texas A&M.

Hillel at Texas A&M is a growing commu­nity of Jewish students in Aggieland! Whether they are praying in the beautiful sanctuary, studying in the library, or eating Shabbat dinner, students utilize Hillel to come together as a home away from home. Students also have 24/7 building access, free wi-fi and study areas and of course a well-stocked student kitchen and coffee machine.

The Aggieland celebrations will begin Friday evening with a casual Shabbat dinner and services with Hillel students. Events continue with a formal gala dinner on Saturday evening honoring those who have enhanced Jewish life at Texas A&M. Aggieland weekend will conclude with an alumni brunch on Sunday morning along with a tour of the Hillel building. 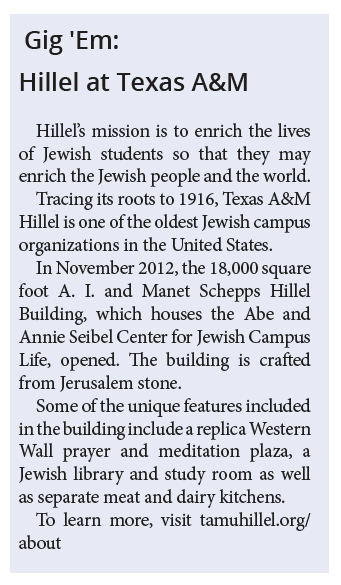 The Hillel at Texas A&M will be awarding Hillel’s first-ever Mensch of the Year to Gerald Ray and Donald Zale for their continuing support of Hillel and their roles in the development of Jewish and Israel Studies Program at Texas A&M.

Executive Director of the Israel Insti­tute, Dr. Ari Roth, recently announced, “In partnership with Donald Zale, Gerald Ray and others, the Israel Institute is planning some exciting expansions of Jewish and Israel Studies at Texas A&M. While the precise details cannot be revealed at this time, we expect Texas A&M to soon be able to offer a very significant number of classes each year to introduce Aggies to Jewish civilization, Jewish history, the role of Jews in the United States and the modern state of Israel. For some, this may turn into a struc­tured course of study; for others, a place to dip their toe into the world of Jews, Judaism, and Israel.” More details will be announced as they become available.

Esther Taubenhaus and her husband, Jacob, arrived in College Station in 1916. Dr. Taubenhaus was the first Jewish professor at Texas A&M. Upon realizing there was no organization for Jewish students, the couple founded the Menorah Club. In 1920, the organization changed its name to Hillel and in 1923 joined the national organization. Esther Taubenhaus ran the Hillel Chapter in College Station until 1957. This award recognizes those, who like the Tauben­hauses, served Hillel selflessly for many years. Robert Wolf will be receiving Hillel’s Emerging Leader award, which recognizes a recent graduate who has demonstrated a strong commitment to Hillel’s mission and goals.

As part of the effort to document the lengthy and continuous Texas A&M Hillel legacy, students are being asked to send copies of their photos from their time at Texas A&M to 10YearGala@tamuhillel.org so they can be archived and displayed.