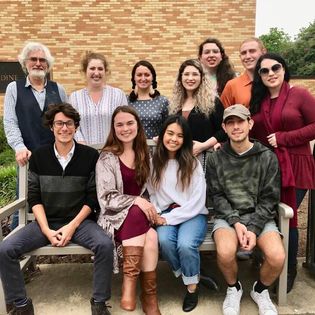 To ensure the future of Yiddish at the University of Texas at Austin, the Schusterman Center for Jewish Studies and the Department of Germanic Studies have begun a campaign to create an endowment for UT Austin’s Yiddish Language and Culture Program.

A solid financial basis will allow the program to recruit and retain the very best scholars in the field and strengthen UT Austin’s reputation as a center for excellence in research and teaching of Yiddish language and culture. 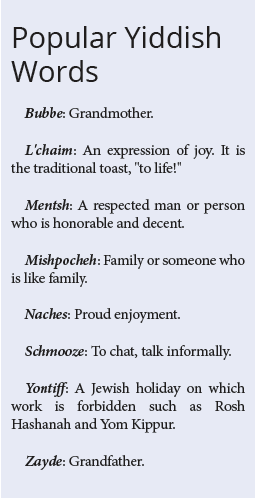 The Yiddish Language and Culture program has been part of the Department of Germanic Studies at UT Austin since the late 1970s. Since that time, it has trained undergraduate and graduate students who have gone on to be significant Yiddish and Jewish academic and cultural figures.

“Yiddish is the wise and humble language of us all, the idiom of a frightened and hopeful humanity.”

Now entering its fourth decade, it is the only Yiddish language program in the American Southwest and thus a regional center in a larger peer network of North America’s most prestigious universities including Harvard, Yale, University of Michigan, UC Berkeley, UCLA, UCLA, Emory, University of Chicago, University of Pennsylvania and University of Toronto among others.

The Yiddish Language and Culture Program is an invaluable hub within UT Austin that connects scholars from across academic units and disciplines, including archivists and curators working with our Yiddish collections at the Harry Ransom Center. 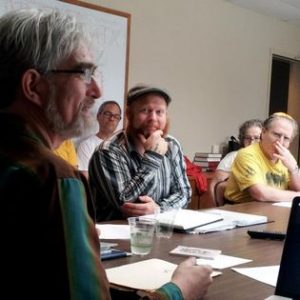 Students in a Yiddish class at UT. Courtesy Itzik Gottesman.

In March 2022, an international conference at UT Austin titled, “New Perspectives on I. B. Singer,” was organized around I. B. Singer’s papers, which are held at the Ransom Center. It was sponsored by the Schusterman Center and brought together Yiddish scholars from all over the world.

The instructor of Yiddish at UT Austin since 2014 has been Dr. Itzik Gottesman, a scholar of Jewish folklore. In 2015, in a segment entitled “Yiddish Is Alive Deep in the Heart of Texas,” his Yiddish class was featured on CBS Sunday Morning. In addition to language, Dr. Gottesman also teaches courses on Jewish folklore, immigrant Jewish culture, and Jewish humor.

The number of Yiddish speakers is increasing globally and will continue to do so over the next 50 years. Yiddish speakers are found in almost every Jewish community in the world, including in Dallas, Houston, and Austin. With the resources afforded by an endowment for Yiddish Language and Culture, UT Austin will be well positioned to continue its role as a leader in the study of Yiddish.