I’ll get right to it as this will be a longer than usual update.  This has been a week of mixed emotions.  I’ll start with the positive news.  This week we begin the book of B’midbar (Numbers), a time that captures the Israelites’ journey through the wilderness.  As you know all too well, I have referred to our journey through the pandemic as one of wandering through the wilderness, just as our ancestors did thousands of years ago before finally settling in the Promised Land.  Just as our ancestors experienced in this week’s Torah portion, our time in the wilderness of this pandemic has been fraught with many unknowns and emotional rollercoasters.

As I shared with the Women’s Philanthropy leadership and our staff this week, we are beginning to the emerge from wilderness of this pandemic.  When Shalom Austin reopened the sports and fitness complex back in late June and ECP and JCamps in early July, the number of families and individuals participating in activities was very low.  Today, I am proud to share that our summer camps have exceeded their goals, ECP is projecting to be back at capacity in the fall and membership is holding steady as people eagerly anticipate the completion of phase 1.  Our campaigns remain strong, thanks to our lay leaders’ support and the incredible efforts of our professional team.  While there are still unknowns and much work remains, we are on track to recover stronger than ever, thanks to everyone’s continued efforts.

And despite the exciting news, our hearts are directed toward Israel as we pray for the speedy and peaceful resolution of this chapter of the conflict.  Just as I am writing this Shabbat message, I learned that Gaza terrorists directed fire projectiles to disrupt the funeral of a 5-year-old from Sderot who was killed Wednesday in a rocket attack, forcing mourners to take cover.

The Western Galilee Partnership reported today that the rioting and looting in Akko has destroyed most, if not all, of the Jewish owned businesses in the Akko Old City.  A teacher from the Amit Kennedy School in Akko, a partner in our school twinnings was out during the riots looking for his own students and was lynched by an Arab mob.  He is hospitalized at the Galilee Medical Center and in serious condition.

Despite this horrific news, there are examples of people coming together in our partnership region.  All the mayors of the municipalities of the greater Western Galilee, Christians, Jews and Muslims met today and issued a joint statement to the youth of the area to return to co-existence and stop all violent activity.  During the first night of riots, the mayor of Mazra, the Arab town next to Nahariya went on the loudspeaker of the Muezzin and began in very loud Arabic to berate the parents of the village and insist they bring their children home to stop the violence!

There are many layers to this round of conflict that are important to unpack.  I am providing some really helpful resources to better understand what is happening in the conflict:

As we approach Shabbat and the holiday of Shavuot beginning on Sunday evening, when we celebrate the giving of the ten words and Torah, may we recommit ourselves to study and action.  May we continue to share our thoughts and prayers with the people of Israel.

Wishing everyone a Shabbat Shalom and a chag Shavuot Sameach,
Daniel 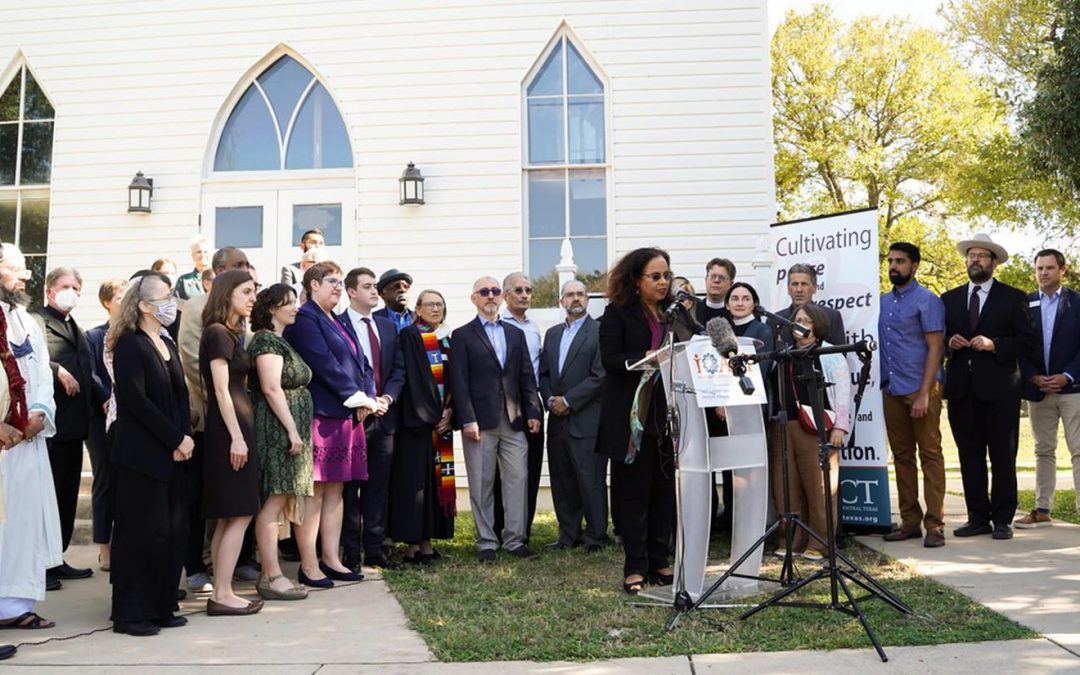