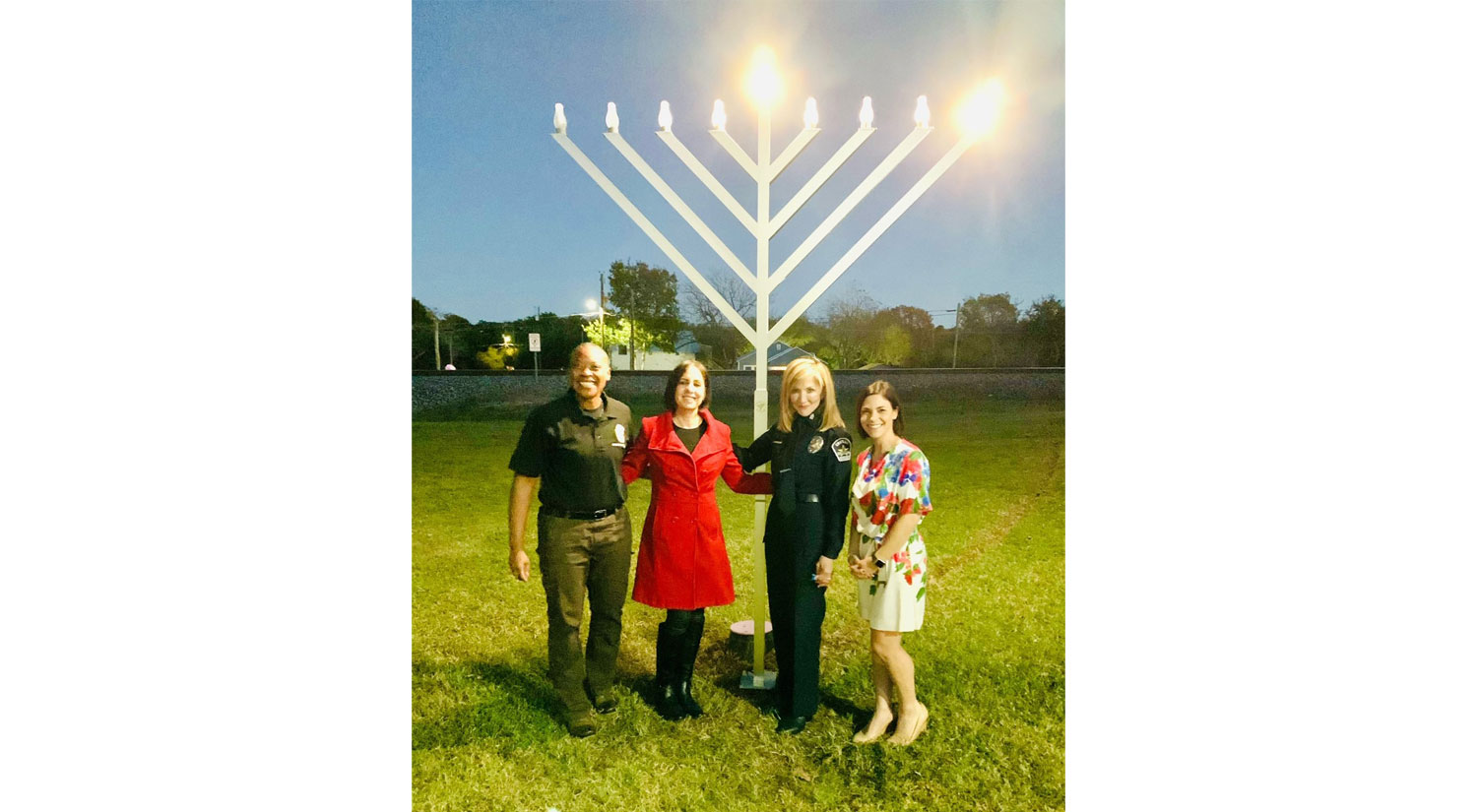 When Robyn Katz moved to Buda, Texas eight years ago, she noticed something was missing around the holidays. Having lived in Austin and San Antonio the previous 19 years, she enjoyed the inclusion of a menorah in holiday displays. However, when she settled in Buda and Hanukkah arrived, there was no menorah. “I knew there were menorah lightings in surrounding cities such as Austin and San Antonio and wasn’t sure why Buda didn’t include one,” Katz said. Thus began Katz’s eight year campaign to bring a menorah to the City of Buda.

“The first few years I pushed hard for the city to include a menorah,” Katz said. “I felt like my requests were falling on deaf ears but I kept trying.” Finally, in October 2021, Katz received a response. “They told me I could set up a menorah but I would have to pay for it unlike how they do for other holiday displays,” Katz said. Katz organized a Go Fund Me page to raise funds for the purchase and set-up of the Menorah. Donations from Buda and beyond helped Katz reach her goal and the 9-foot menorah was purchased for $2,000.

Katz organized the inaugural menorah lighting in Downtown Buda on Sunday, November 28, 2021. With an estimated 200 people in attendance, the community’s support was evidence that though she was the sole organizer, Katz was not alone in her desire to include Hanukkah in the City of Buda’s holiday decorations and celebrations. Thankful for the city’s support and allowing a permanent space for the menorah to be displayed annually, Katz is hopeful this year the city will also help with promoting the menorah lighting.

“The event really turned out to be great,” Katz said. “ The city stepped up and the community really stepped up.” To others who also desire to bring a menorah to their city, Katz offers this advice, “Start by contacting City Council and the committees that handle the holiday decoration. Know the amount it will cost to fund the project and be prepared and organized to show exactly what will be needed to make it happen.” Katz said that it might not happen right away but to be persistent. “It took eight years to get the menorah in Buda. Now that we have the menorah, I am excited to make this an annual celebration in our community.”