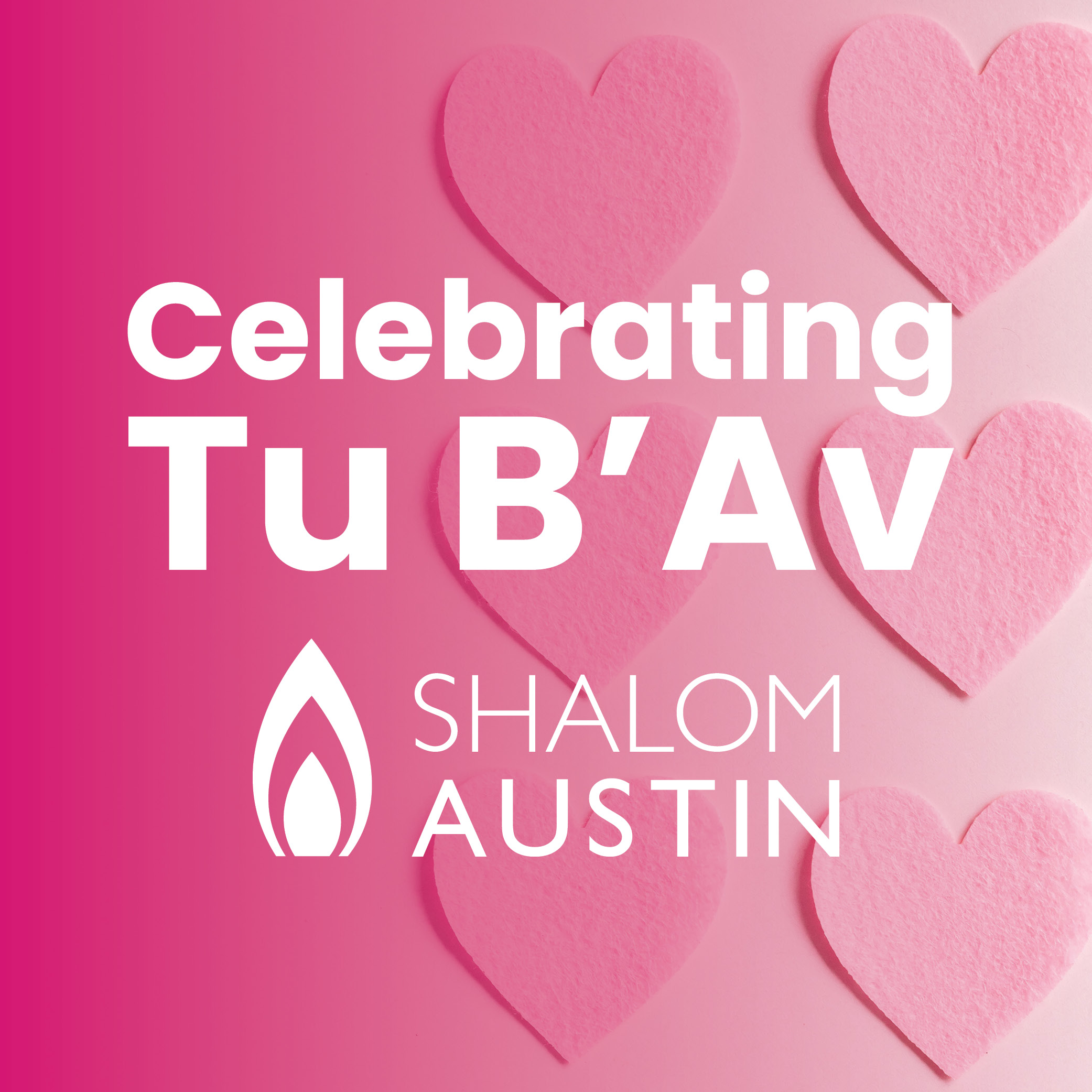 Tu B’Av, the Jewish Day of Love is celebrated each year on the 15 day of Av, during the full moon. Dubbed as “Jewish Valentine’s Day,” this lesser-known Jewish holiday packs a lot into the heart and is gaining popularity.

While there is no definitive date when this holiday began, it is certain that it originated sometime in the Second Temple period as a day intended for matchmaking unmarried women. It is in the Mishna (Taanit) where the first mention of Tu b’Av is made.

Tu B’Av ends the Jewish year with a celebration of love and invites people to look beneath the surface of their personal relationships. Then, shortly after on Yom Kippur, Jews will look beneath the surface of themselves during a period of intense reflection. Rabbi Simeon ben Gamliel said, “There were no better days for the people of Israel than the Fifteenth of Av and Yom Kippur, since on these days the daughters of Jerusalem go out dressed in white and dance in the vineyards. What they were saying: Young man, consider who you choose (to be your wife).” (Taanit 4:8).

The Jewish Telegraph Agency has been documenting love stories of Jews around the world since 1917. One story published by JTS shared that in 1934, a wedding helped save a woman from deportation in pre-state Palestine. A Jewish woman was among 37 immigrants detained in Palestine for entering the country without authority. But she was saved by a clever young man, by the name of Yerucham Shermeister. who “came along unobtrusively” and walked alongside her. He asked to marry her and when she agreed, he pronounced the Jewish ritual marriage vow and slipped a ring onto her finger. Shermeister, a citizen of Mandatory Palestine, then demanded that the prison superintendent release his wife, now a citizen of Mandatory Palestine like him. After obtaining paperwork from the rabbinate, he obtained his new wife’s release and the “happy young couple went arm in arm to their new life in Eretz-Israel.”

For modern-day Jewish romance stories, The Jewish Book Council has numerous titles to select from for all ages.

One young adult romance novel by Rachel Lynn Solomon, titled, “See You Yesterday,” was reviewed by Elizabeth Slotnick who said, “Rachel Lynn Solomon por­trays Jew­ish iden­ti­ty beau­ti­ful­ly in this lat­est YA romance nov­el by cre­at­ing two char­ac­ters that have dif­fer­ent fam­i­ly back­grounds, demon­strat­ing that there is no one way to be Jew­ish. With added racial diver­si­ty and LGBTQ+, Solomon gives us a vari­ety of char­ac­ters with dif­fer­ing rep­re­sen­ta­tions. Most of all, Solomon’s writ­ing is approach­able for an audi­ence rang­ing from high school to adult­hood filled with wit­ty humor and a love sto­ry that will melt your heart.

Another popular Jewish romance book, “The Matzah Ball” by Jean Meltzer, was the August selection for Congregation Beth Israel’s Sisterhood book club, Books & Bagels. Reviewed by Jessica Sender, she said, “Meltzer’s writ­ing is both acces­si­ble and fun. The read­er fol­lows Rachel’s jour­ney and shares her fears, her embar­rass­ments, her dis­cov­er­ies, and her joys. Jew­ish life is clear­ly por­trayed, and there are some beau­ti­ful scenes cen­tered around reli­gious and cul­tur­al Jew­ish life-cycle events. The book also presents inter­est­ing and com­pelling rep­re­sen­ta­tion of those who suf­fer from chron­ic illnesses.”

“Sometime Tu B’Av can get overlooked because it is a minor holiday followed so closely by the High Holidays, but it is a wonderful opportunity to celebrate love in its many forms. And if you’re looking for fun Tu B’Av activities for your family, PJ Library offers books, crafts, fun facts and more to make the day special,” said Shalom Austin’s Learning & Engagement Director, Alachua Haskins, MJEd.

If you have a love story you’d like to share in celebration of Tu B’Av, send your submission to The Jewish Outlook at https://shalomaustin.org/jewishoutlook-blog-submission/